As a keen mountain hiker, graphic designer Karin Eken had no hesitation in joining the DMFF team several years ago. Whilst most of the design work for the festival was (and still is) in the capable hands of Erik Sleijpen, Karin instead decided to take charge of the DMFF website. She gets a lot of fun out of it, but she was recently tasked by festival directors Toon and Thijs to coordinate the design and editing work for the new Dutch Mountain Trail guide. We asked Karin to tell us more about this popular hiking route and the guide itself.

Photo above: Thijs and Karin being interviewed on the presentation of the first copy of the DMT guide


The Dutch Mountain Trail is the brainchild of film festival directors Toon and Thijs. How did it come about?

Toon and Thijs’s philosophy in life is to enjoy the great outdoors as much and as often as possible. In a way, the festival gives them an excuse to devise new activities and to get people doing things outdoors. They first came up with the idea of the Seven Summits, seven of the highest hilltops in Zuid-Limburg which come closest to experiencing the mountains, and a year later they joined these tops together to form the Dutch Mountain Trail.

This was the first time you combined editing with graphic design. How did this combination work out?

Graphic designers usually receive all the final content, such as text and photography, before they set about their work. It was now my task to get DMFF volunteers to start writing and taking photographs so that I had the content to then reassemble into a complete guide. At first I was very apprehensive about having to pick and choose between other people’s photographs and rewrite their texts. It took a while before I realised that this was the only way I could do it the way I wanted.

As we mentioned already, you’re a keen walker. Did this help you?

Absolutely! When I make a trip to the mountains, I look at all the maps and guides beforehand to plan a route in detail: it should be a trek that takes me through the most scenic parts, but be neither too easy nor difficult and also take into account the distances between mountain huts. It’s like piecing together a jigsaw. So right from the start I knew that I wanted a map in the guide showing all the distances so that hikers could follow the route on a stage-by-stage basis.

So, the idea was to split the 101km trail up into stages. How come?

There were two reasons basically. First, it was a good way of arranging the texts that accompany the route throughout the book. We also thought 25km per day was about the right distance for practised walkers – and a bit more than the recommended distances for other trails in the Netherlands! What’s more, places like Vaals and Gulpen along the route offered good overnight stops.

What was the best thing about the project?

I have to admit, it was stressful at times, so not always fun to do. But it was all worth it in the end, especially the fantastic response to the route, the interest from the media and, of course, the huge success of the route and the trail guide itself.

The fact that the Dutch Mountain Trail has proved an unbelievably big success went beyond your wildest dreams. What’s the success of the Trail do you think?

In the first instance, the coronavirus has helped. But another key factor was the immense enthusiasm shown by Toon and Thijs in setting out the route. They had one thing in mind and that was combining beautiful scenery with a challenging trail. At no point did they make any concessions. I think that enthusiasm is reflected in the guide. In fact, someone told me that when browsing through it, they thought they’d joined a secret sect of mountaineers. I took that as a compliment. Finally, I think the brilliant name given to the Trail has also been instrumental in its success.

What do you think about the DMT Facebook group that’s recently been set up?

Interest in the DMT is phenomenal. On Facebook, the DMT is beginning to lead a life of its own: trail walkers are providing all kinds of tips and other suggestions. It’s just fantastic! 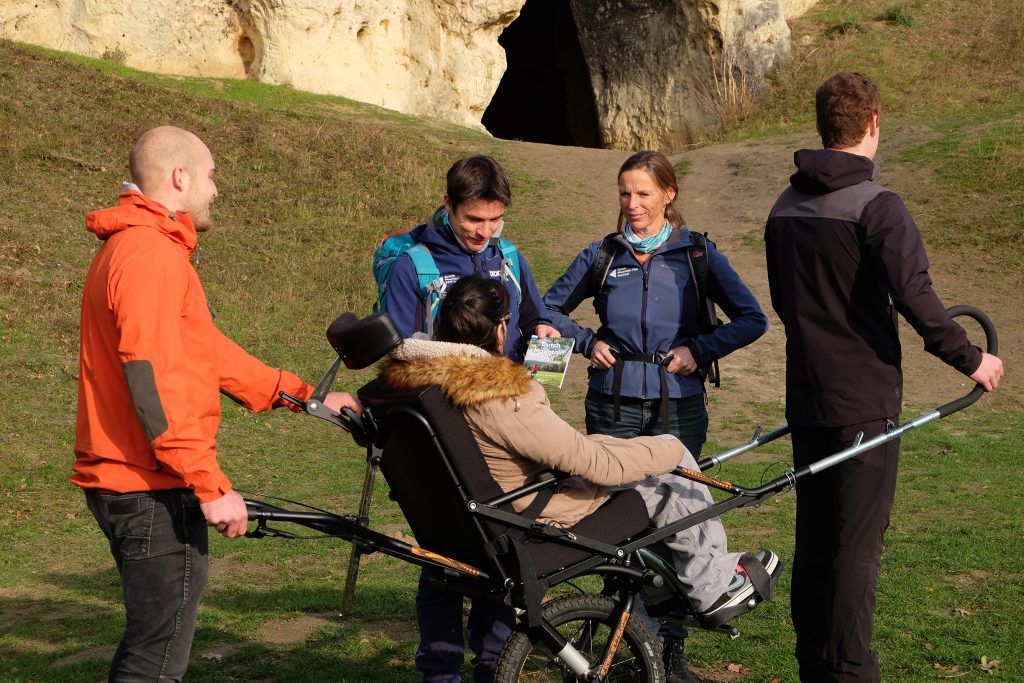 What’s your favourite part of the route?

Hmm, there’s lots of sections which are totally amazing. But okay, if you have to pin me down, I’d say that the short section of the route along the stream near Haus Heyden (Stage 1, Map 2) has a wonderful foreign feel to it. It’s beautiful.

Perhaps it’s a bit mean to ask, but would you have done things differently in hindsight?

I’ve since experienced for myself how tough stages of 25 kilometres can be! If you bear in mind that a lot of people travel a long way to get to Limburg in the first place and then find that the distances are quite strenuous, we could perhaps have arranged the route stages differently.

Last but not least. Can we expect any more exciting developments around the Dutch Mountain Trail?

Good question. We’re currently producing a DMT badge. It’s just one way of showing other people you’ve completed the trail. Some people like that. And I enjoyed creating it too! I’ve done my best to make the design as attractive as possible, so if I want one too, I’ll just have to complete the trail! 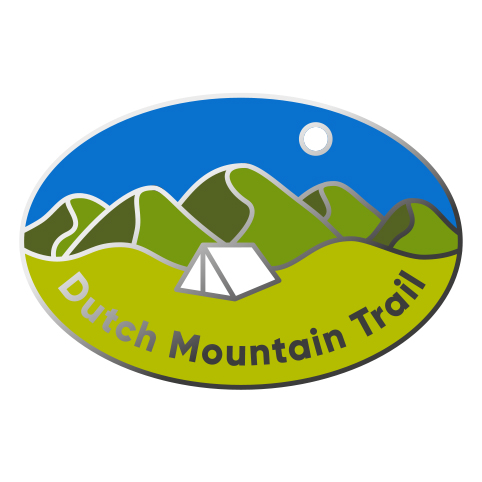