Cows, with their gigantic cow bells have become part and parcel of the Alpine landscape. Vedette is such a cow. For years, she has been queen of the alm. Through this sublime documentary, the directors aim to show that every cow is uniquely different, whilst at the same time they paint a humoristic portrait of the mountain dwellers.

The film follows the life of Vedette starting with the fascinating cow fights which one would not expect in the mountains. It is difficult not to fall in love with this cow, especially when in her old age she looks wistfully into the camera.

There was only one place where we could possibly screen this film: in the cowshed on the Soogelee farm in Ransdaal. In 2021, the film ‘De toekomst van het Hemelrijk’, about a farmer’s love for his land and his cows, was selected as the audience’s favourite at the Dutch Mountain Film Festival. 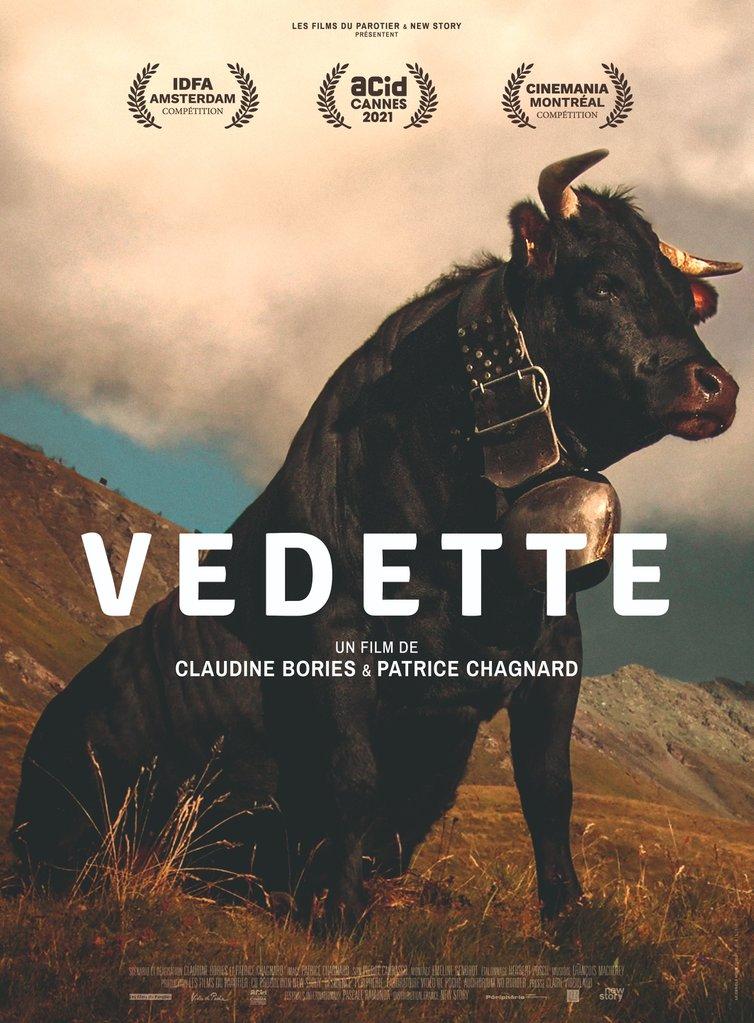