Were George Mallory and Sandy Irvine the first to stand on the summit of Mount Everest in 1924? Only the camera with which they photographed themselves on the roof of the world can reveal the truth. Seventy years later, the young Japanese reporter Fukamachi recognises the camera in the hands of Habu Jôji, a mysterious mountaineer who disappeared from the radar in 1985.

Le Sommet des Dieux has been clearly influenced by the Japanese grandmaster of animation, Hayao Miyazaki. The film pervasively deals with the way humans seek solace in nature. With a simple drawing technique, this breathtaking animation focuses on the combination of awe-inspiring landscapes and subtle human relationships.

Le Sommet des Dieux is based on the successful manga by Jiro Taniguchi and Baku Yumemakura, and has been inspired by real-life events. The film rightly won a César for the best animation film.

★★★★☆ – VPRO –  “This multi-award-winning animation film, inspired by true events previously portrayed in manga comics, has an eye for evocative detail and is sometimes spine-chillingly exciting.”

Unsuitable for children under the age of 9 years

This film will be screened in one block together with Onder Water. 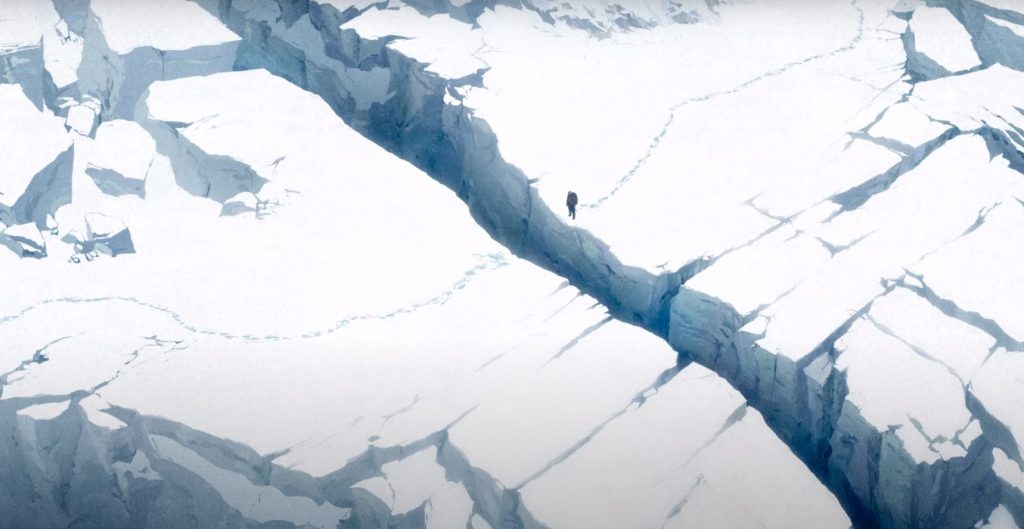