With a great sense of drama, this black and white 1924 film tells the story of the obsessive fixation on first ascents by two generations of mountaineers. The father is killed during his first attempt. Later, when the son is grown up and has also become a mountaineer, he promises his mother not to chance his fate on this ‘mountain of destiny’. But of all people, it is his sweetheart who wants to climb the mountain and, as if on cue, she gets into problems. When the echo of her cry for help reaches the valley, the mother releases the son from his promise so that he can save the girl.

Just prior to the First World War, in 1913, when Arnold Fanck was still working as a ski instructor, he made a documentary film about an ascent of Monte Rosa. Ever since, Fanck has been considered to be a leading pioneer of mountain, sport, ski and nature films. He was producer, director, author and cameraman all rolled into one and worked with pioneering cameramen such as Sepp Allgeier and Hans Schneeberger. Initially, he made films about skiing and glacier treks, but in 1924 he devoted himself to DER BERG DES SCHICKSALS, the very first in its genre of mountaineering films. The young Luis Trenker, the icon of German mountain films, stars in the leading role.

The mountain film, perhaps the only film genre of German origin, fell into disrepute because it was seen as a proto-fascist precursor of the Blut- und Boden films of the Third Reich. This is reflected in the heroic struggle with the forces of nature and the destructive devotion to a lofty ideal and a belief in destiny. Nevertheless, these films can be looked at in a different light. The ambivalent relationship between humans and nature, for example. Cinematic heroes, whose very existence might be threatened by the awe-inspiring backdrops, have to immerse themselves in the alpine adventure to rediscover their masculine identity. In this sense, proving oneself on the mountain might also be construed as being a reflection on the insecurities of the ‘castrated’ war generation. After all, in the post-war period, there was hardly any opportunity for heroic sentiment. The mountains were still a leitmotif in the genre of the Heimatfilm, but from then on only as a picturesque setting.

A film from the holdings of the Friedrich-Wilhelm-Murnau-Stiftung (www.murnau-stiftung.de) in Wiesbaden.

This film will be screened immediately after the DMFF Award Show, accompanied by live music from the duo Emmeline, on harp and flute.
After the film, the winner of the DMFF Cross Border Award will be screened. 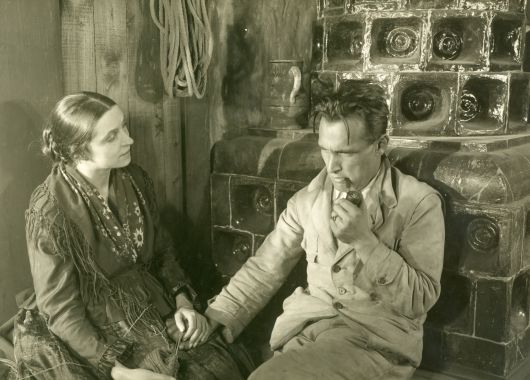 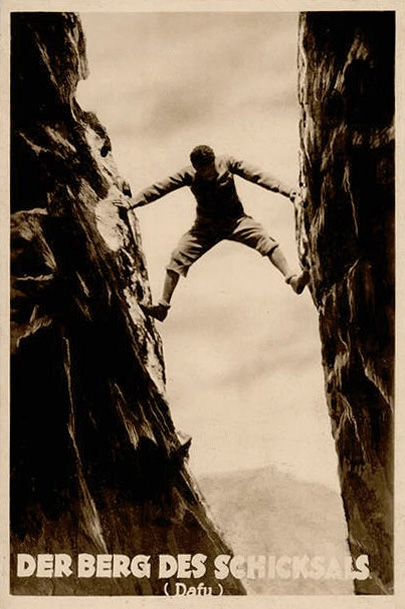