By superimposing old aerial photos on present-day images it becomes acutely clear how quickly our glaciers are melting. This probing film was shot near to six outlet glaciers in the Hornafjörður region in the south-east of Iceland. The melting of the glaciers is leading to the disappearance of wildlife and ecosystems there. ‘What happens to ice, happens to us,’ are the ominous final words of the narrator.

To make this short film, Kieran Baxter paid many visits to the glaciers on the Vatnajökull icecap. His appreciation of the ice landscape changed to frustration when he began to realise the impact climate change was having on it. His goal was to visualise the changes across this vast tract of land and make these tangible. The result is proof that he succeeded in this. The film is an ode to the disappearing landscape and a reminder that we should be doing everything to save it.

This film will be screened in one block together with Sleepless and Echoes of the Ice. 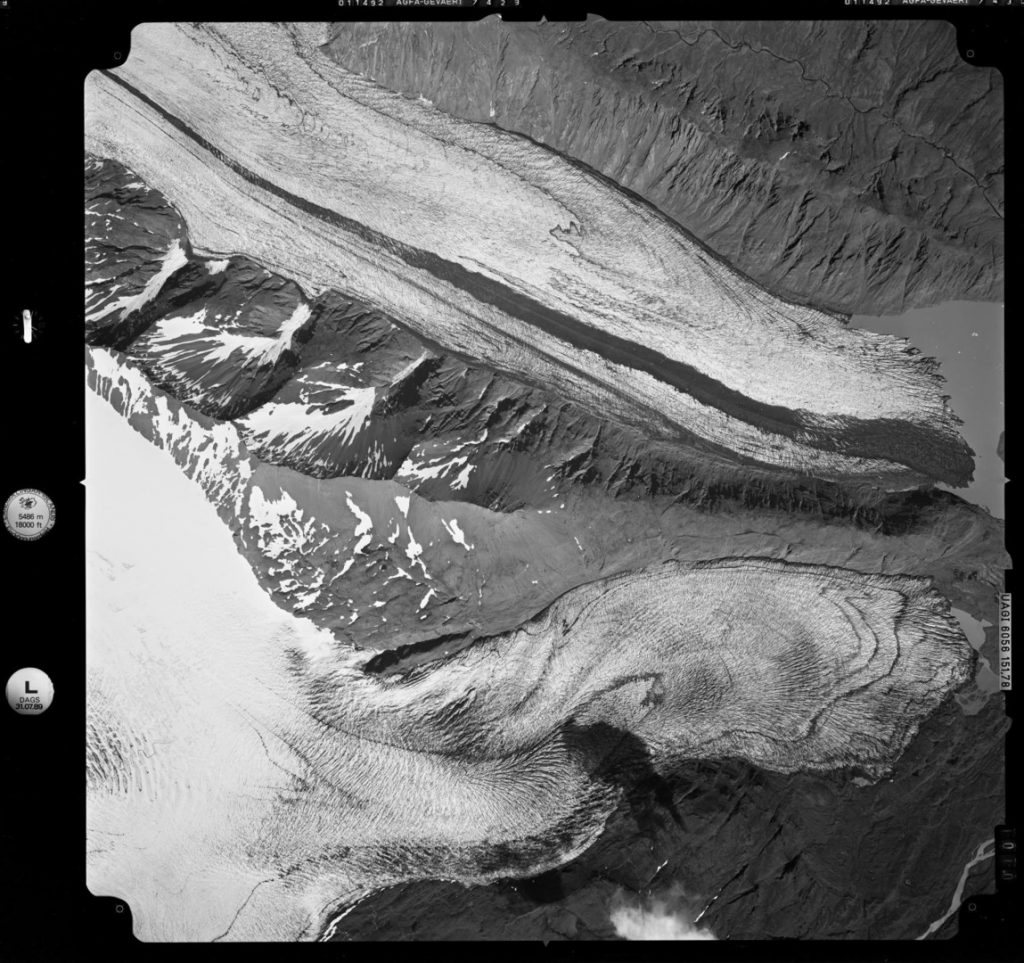 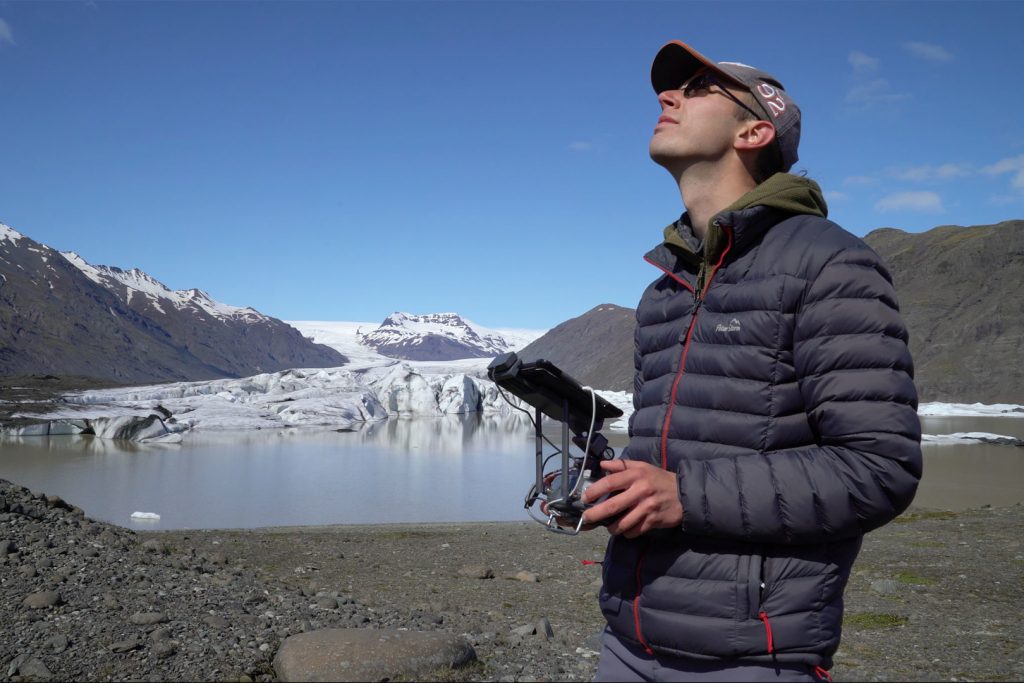 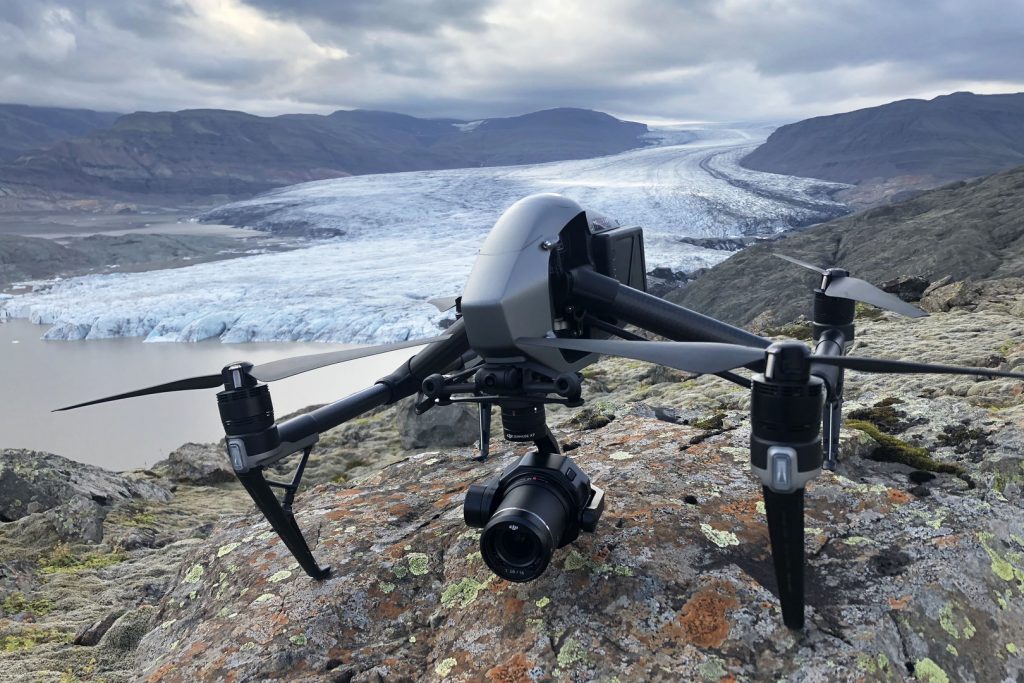 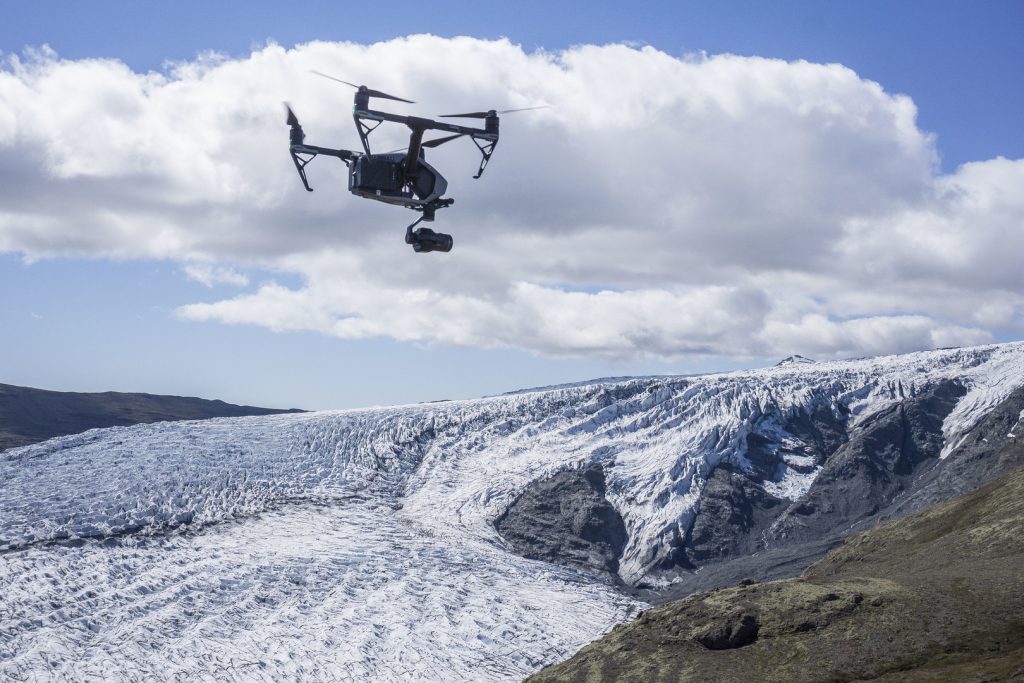 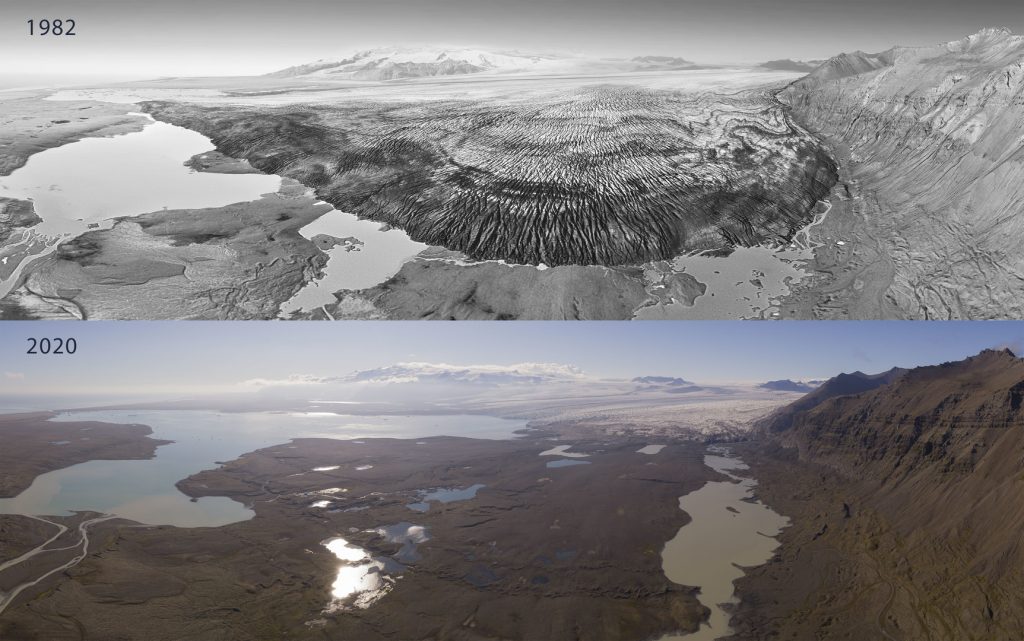 Barley fields on the other side of the mountain