Art in the mountains – The archives of the artist residence at Hotel Furkablick.

Hotel Furkablick is located at the top of the Furka Pass In Switzerland. Between 1983 and 1996, many famous artists stayed in this hotel at the invitation of gallery owner and publisher Marc Hostettler. At an elevation of 2,435 metres, the Furka Pass is usually closed all winter due to the rough terrain and heavy snowfall. However, it was during this period that the hotel and its surroundings would be transformed every summer into an artistic laboratory, a place where permanent and ephemeral (temporary) works of art were created. 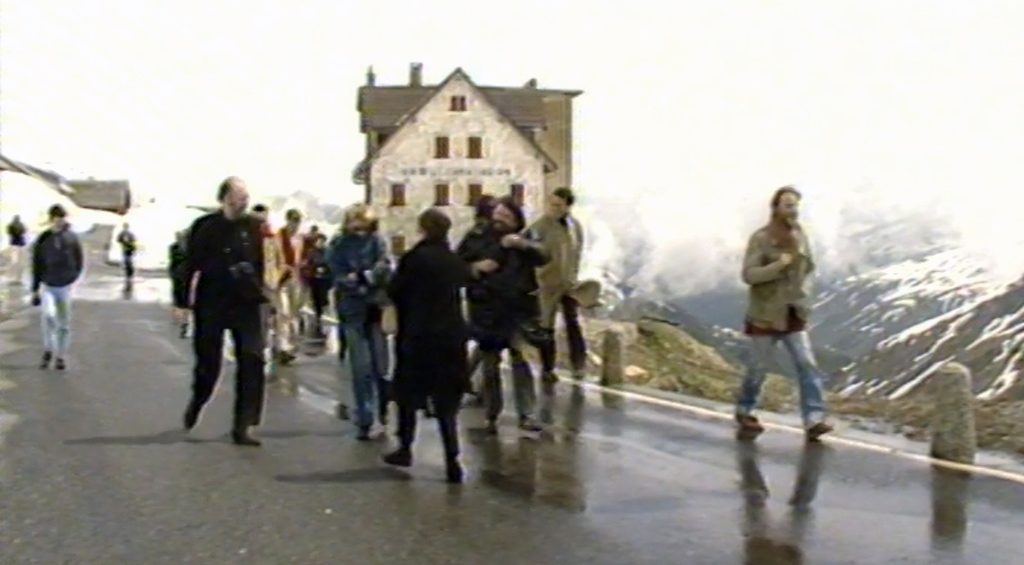 The exhibition presents an amazing picture of the artists’ contributions and brings to life the human dimension of this adventure, which left a deep impression on an entire generation in the art world.

More information can be found on the Greylight Projects website.

The festive opening of the exhibition is on Thursday 3 November at 6 pm.
Literature buffs may want to take the trail along the Caumerbeek brook, which ends at Greylight Projects. All in Dutch during the trail.

The fine Line to Eiger

If you want to experience how to get to the top of the Eiger via the Mittellegi ridge, then this film is a must!

In this enchanting road documentary, best-selling author Paolo Cognetti follows in the footsteps of famous writers, makes an ode to the wild and asks questions which we can only answer for ourselves.

This short documentary tells the uplifting story of a professor in action against the melting of glaciers.