On Thursday 4 November 2021, Team Doppelzimmer officially completed the first ever Dutch Mountain Ride – the gravel edition. The intrepid cyclists were waved off from Villa Eikhold in Heerlen at 9 am to the sound of the DMFF cow bell ringing in their ears.

Team Doppelzimmer, who combine a passion for cycling with an obsession for snacks, is made up of Joost Klaarenbeek aka The Power (left on the photo below, born in Hilversum, a passion for all things off-road. Favourite snack: Berenklauw) and Cyril Chermin aka The Brains (Born in Heerlen, likes to do things at his own pace. Favourite snack: Patatje met).

Their ride inadvertently turned into a epic ordeal of almost 12 hours, which included a rear brake malfunction which could only be repaired at the third bike repair shop they passed. This meant a significant part of the ride had to take place in the dark, with only one bike lamp between them! The highlight of the ride was the free coffee at Jan Linders supermarket. Quote: ‘Limburg has never felt quite so gruesome before!’

As from today, you can put your cycling skills to the test on the Dutch Mountain Ride! A GPX file for the Ride can be found below. 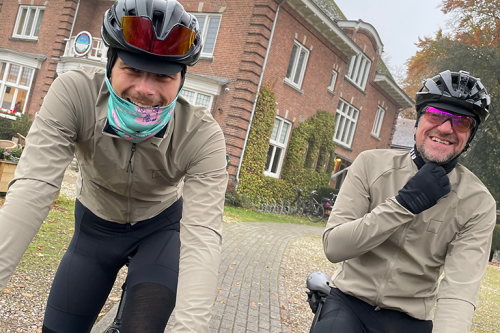 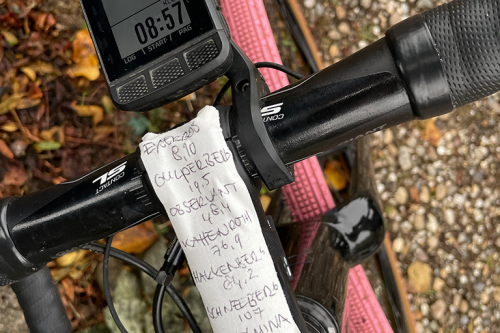 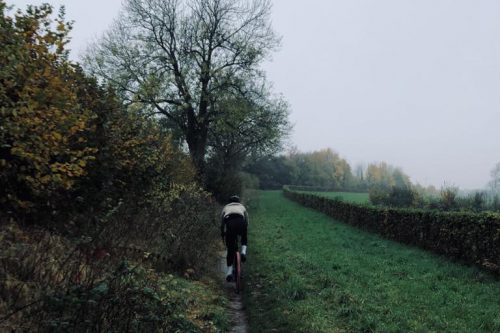 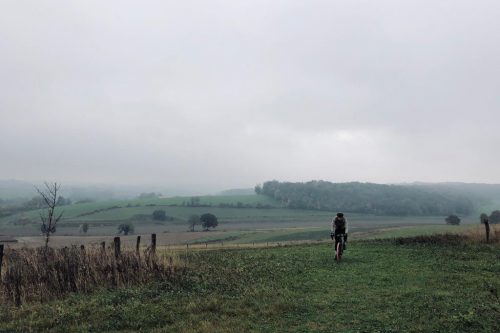 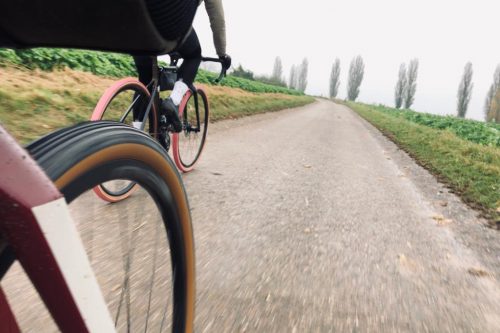 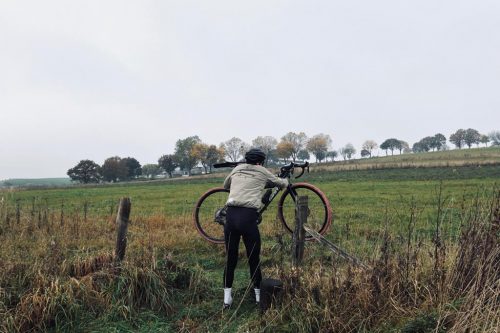 In the wake of the huge success of the Dutch Mountain Trail, the cycling enthusiasts in our DMFF team were, of course, not going to get left behind. So for that reason, we are delighted to present: the Dutch Mountain Ride, a challenging route for the adventurous cyclist. Here in South Limburg – where the mountains begin – you can now scale the famous Seven Summits on your gravel bike via some of the most beautiful gravel trails in the area.

Don’t forget to come with your cycle helmet and a smile and be prepared for some tough climbs, uneven tracks, hair-raising descents and – most of all – the breathtaking views! Each summit has its own character. We challenge you to discover all seven. 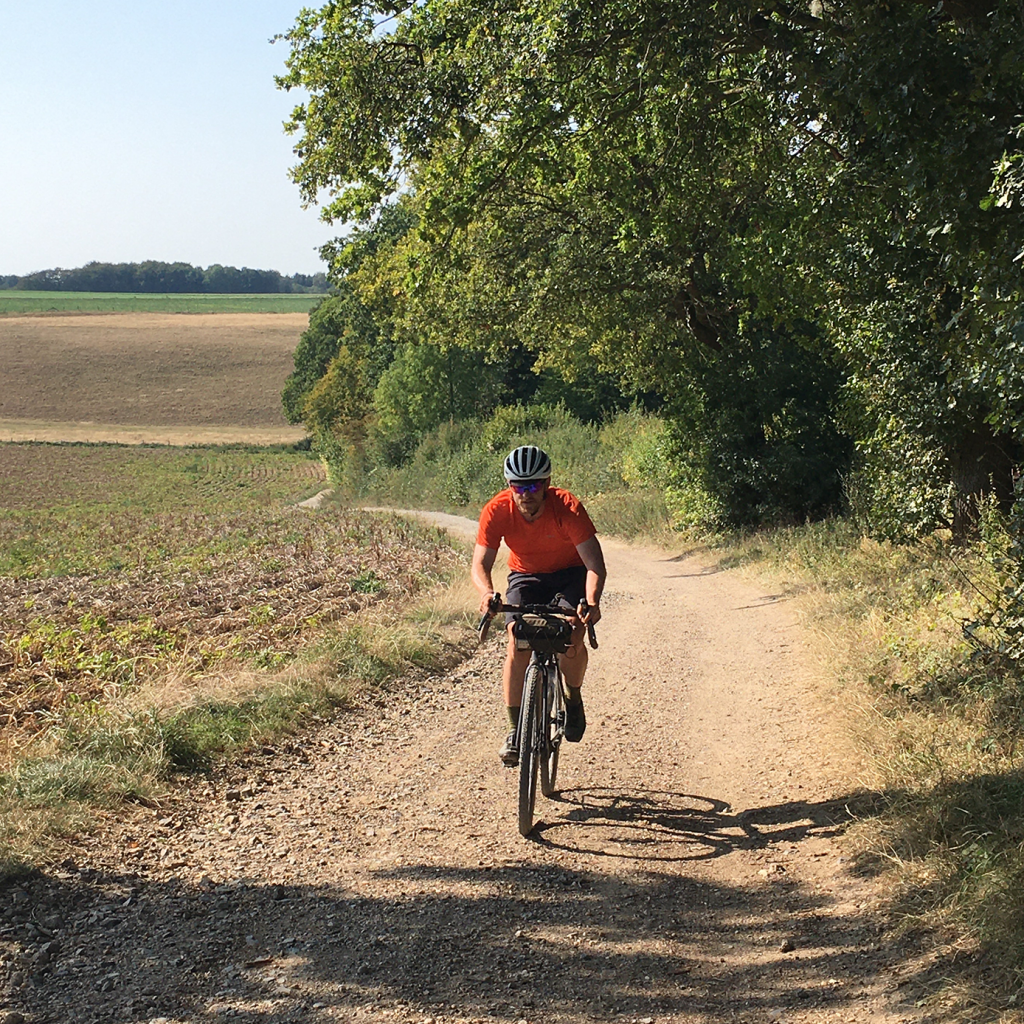 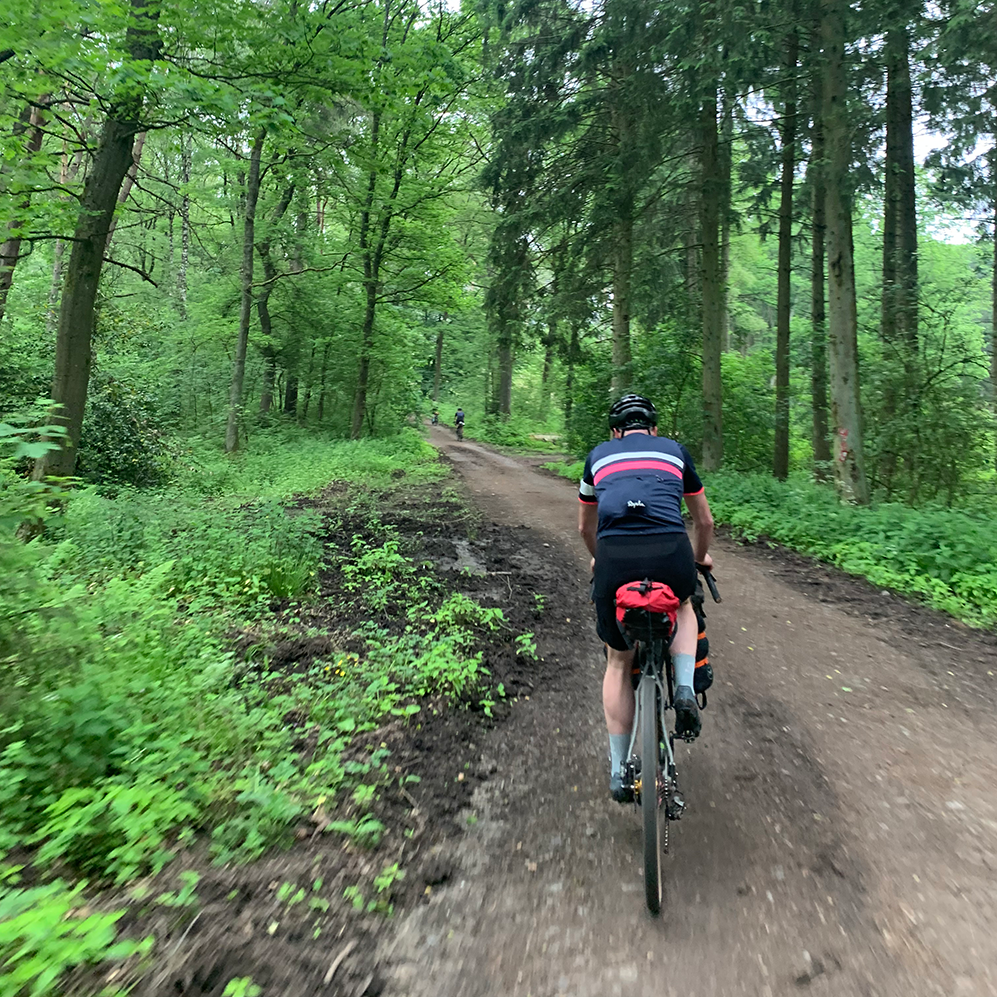 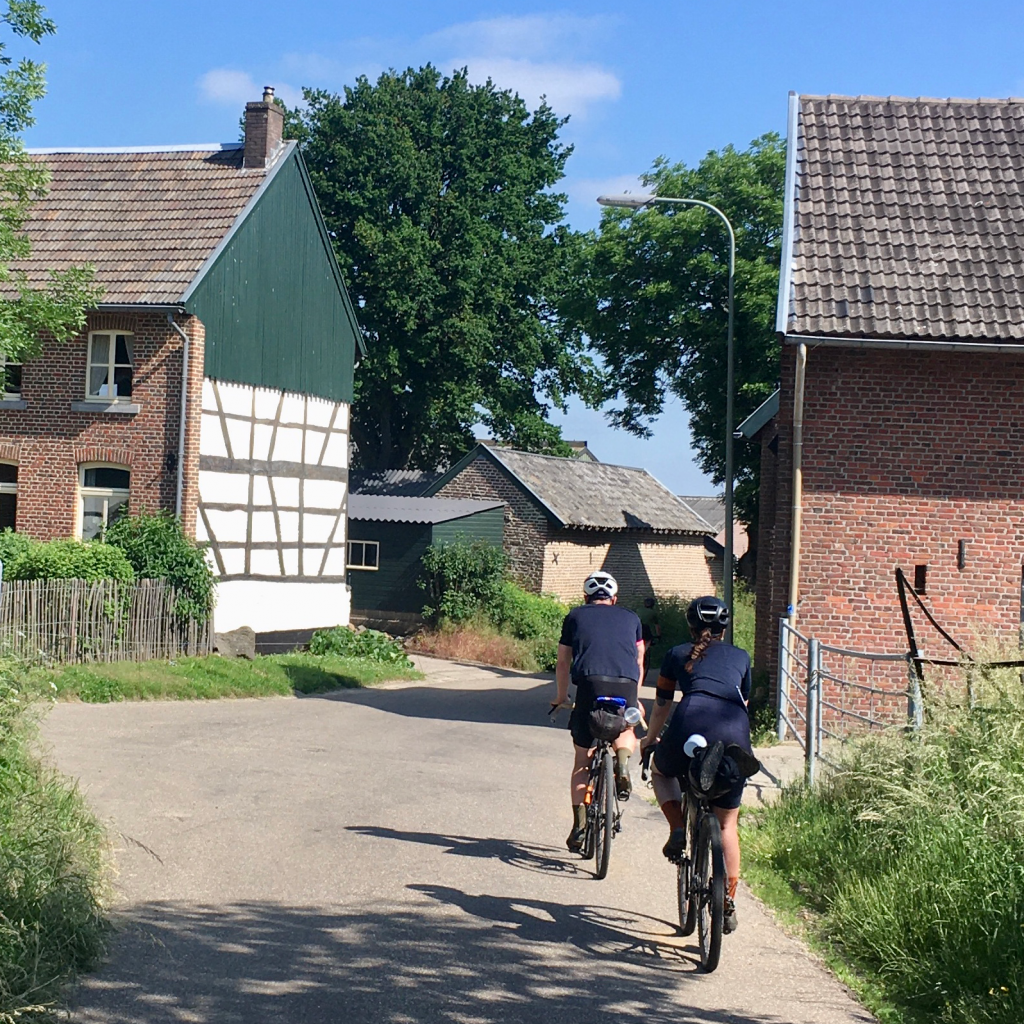 In contrast to the Dutch Mountain Trail, the Dutch Mountain Ride is a circular route. You can start the route wherever you want to complete your ride of the Seven Summits. Some parts of the route are shared with Trail walkers, who can be identified by their trekking poles, heavy rucksacks and DMT face scarf and trail guide. Show respect for each other and share the road! 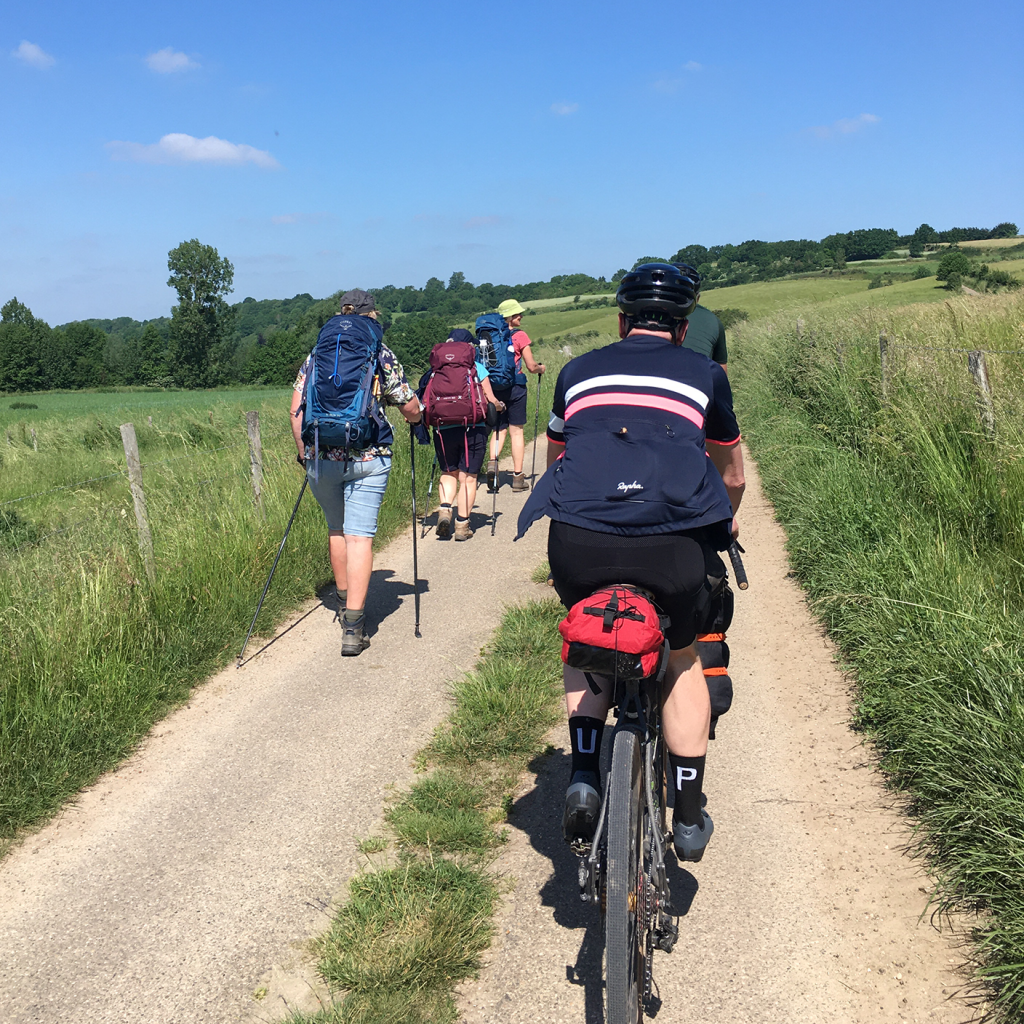 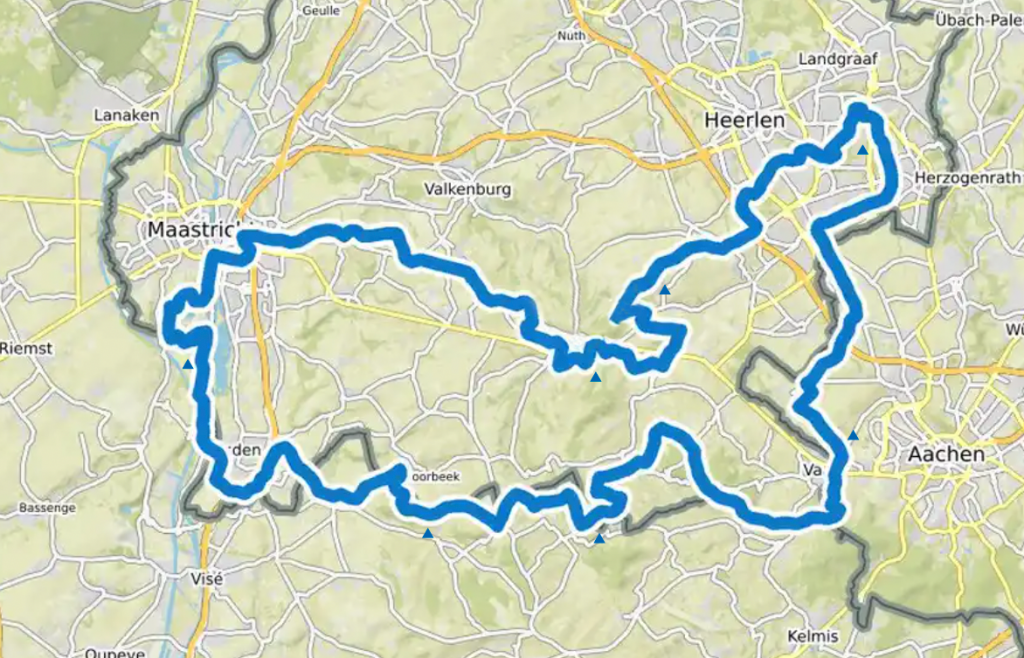 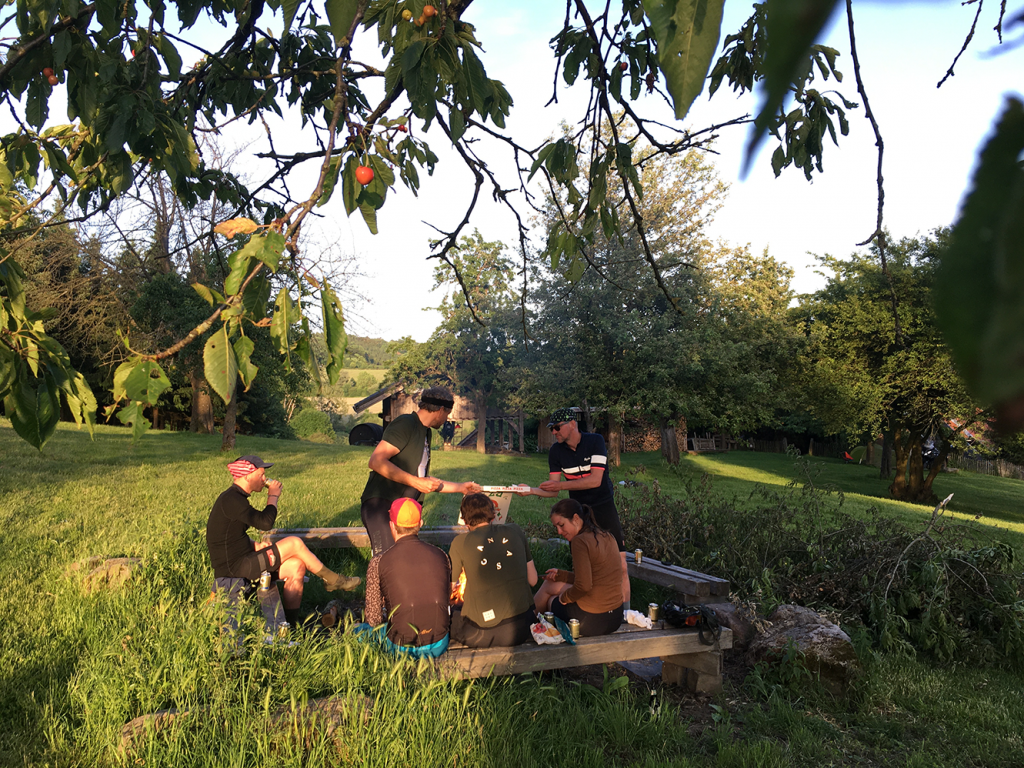 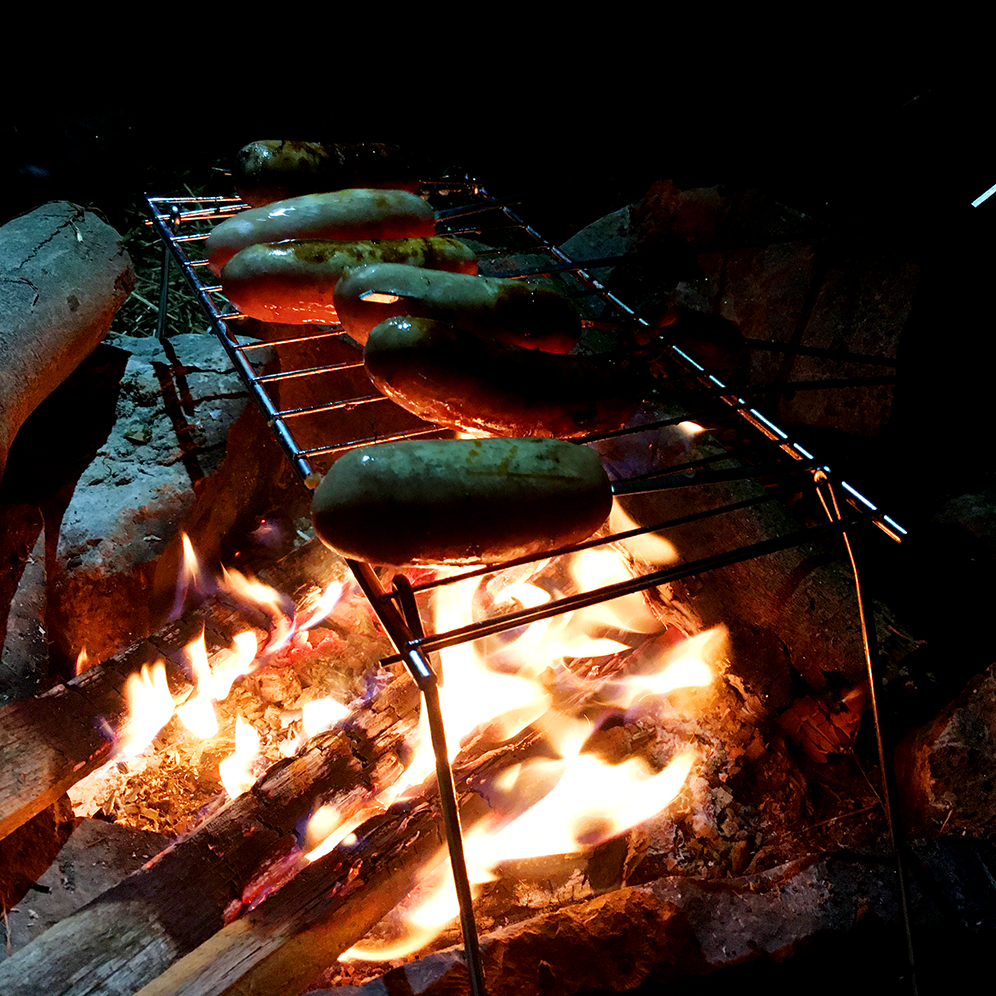 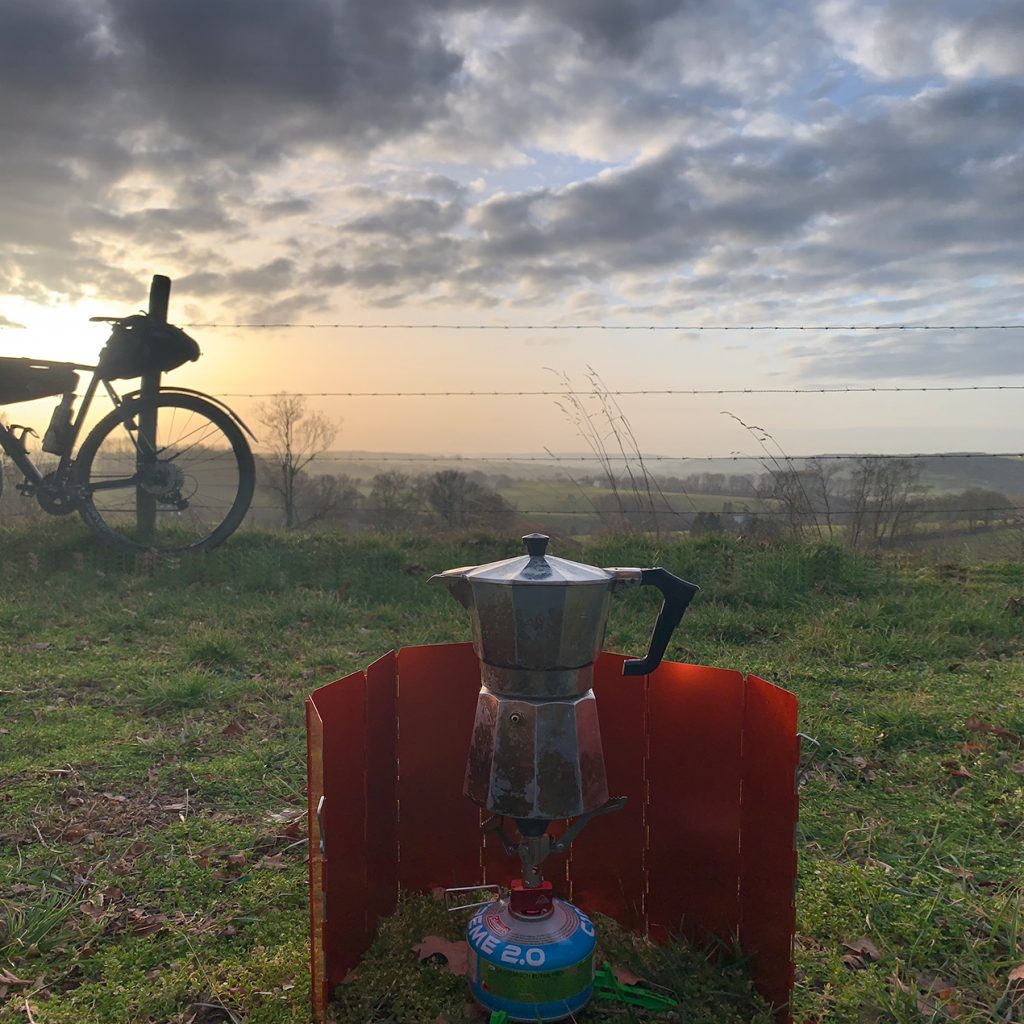 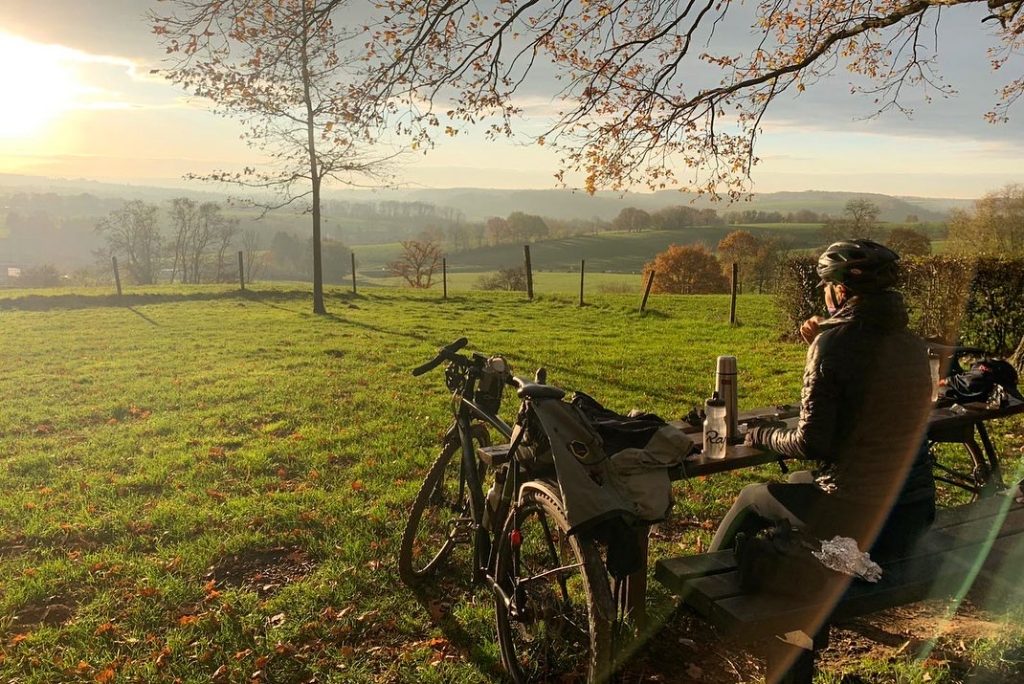 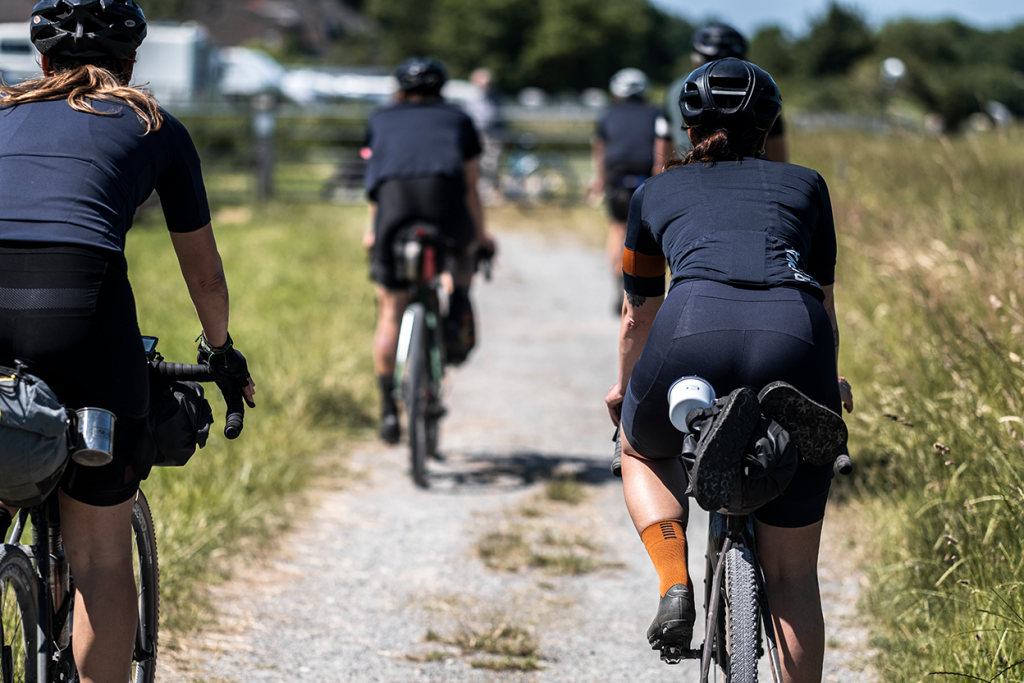 We can’t forbid you to share the GPX, however we do ask kindly to give us the credits. Please mention #DutchMountainRide and dmff.eu with everything you share about it!

In exchange for the GPX file we ask for your email address to keep you informed about all the really cool things we do.