The winners of the four DMFF awards were announced at the 9th Dutch Mountain Film Festival’s Award Show on 1 November 2019:

In the packed auditorium of the Royal Theater, the awards were presented to the winners under the supervision of two of the three members of the jury, Rosanna Stedile and Mark Handels. Appart from their words of priase for the prize winners, which you can read below, the jury also had a more general message for the Dutch Mountain Film Festival:

As a jury we would like to thank the Dutch Mountain Film Festival for their confidence in us and their kind hospitality. It was an intense and very enriching experience. Once again, we were able to see how film allows us to travel to places in the world that we might otherwise never see ourselves, or to participate in adventures that we will probably never experience ourselves. Even though making films, as well as climbing mountains, isn’t really about winning and losing, we identified three films that – in our eyes – stood out from the rest in terms of originality and quality.

Nevertheless, we also noticed an almost complete absence of female voices and protagonists in the selection of the films. We can’t say why, but we all know that the film community and perhaps the mountain community too, are very much male-dominated ones. We would therefore encourage the festival to try to find a better balance for following festivals. Because one thing is for sure: mountains are much more than a playground for privileged men from the First World. 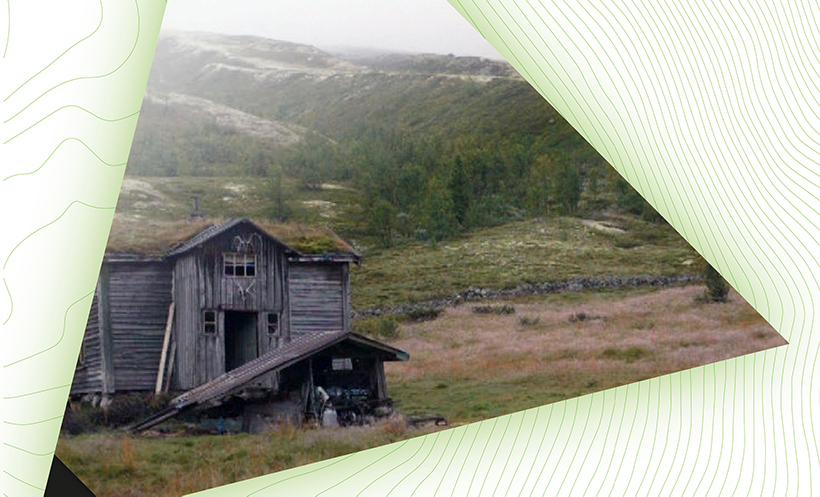 The DMFF Cross-border Award was presented to the Dutch director of this film by Jordy Clemens, executive councillor responsible for Cuture for the City of Heerlen.

Jury report:
This movie is a surprise to watch. A well-photographed document illustrates a man’s road to silence. Being there at the right time and the right moment, the film shows us a man struggling to deal with his first world problems and primal intimacy. Even in the heart of nature, we recognise ourselves in modern behaviours. 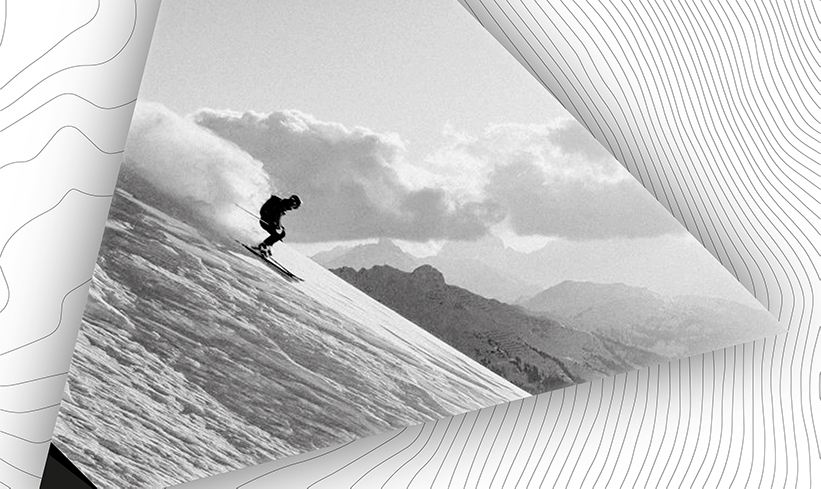 The Parkstad Limburg Jury Award was presented to Austrian film director Hanno Markowitz by Jordy Clemens, executive councillor responsible for Culture for the City of Heerlen, on behalf of Stadsregio Parkstad Limburg.

Jury report:
It’s rare to see a sports film with such perfectly composed images. Every shot in this movie is like poetry itself. Poetry that attracts us to beauty of its landscapes, and at the same time makes us aware of the impact that humans have on it. It is a film that invites us to think and holds a mirror up to our contradictory attitude towards nature. The more we wish to experience the wilderness of the mountains, the more we run the risk of suffocating them in our desire. 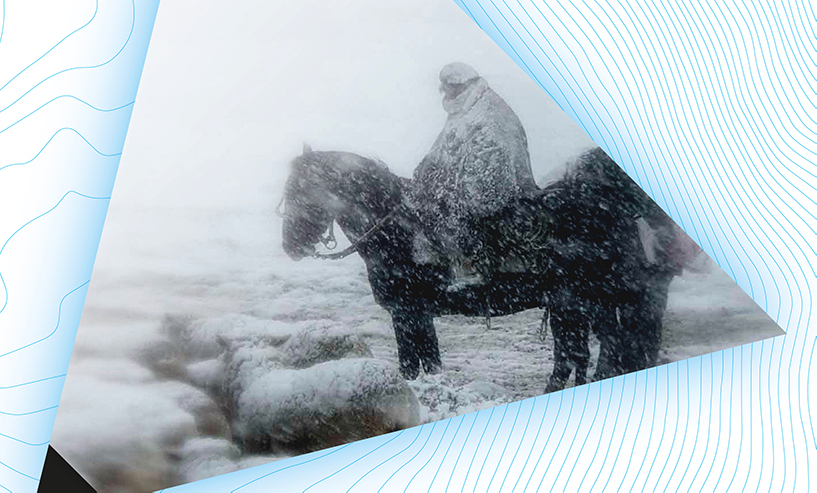 This debut prize is awarded by Heerlen’s arthouse cinema Filmhuis De Spiegel. Its director Ludovic Laugs presented the award on the night. Since the Argentinian director Nicolás Detry was unable to receive the prize in person, he was represented by our own favourite shepherd Paul Franssen (Paradijsvogels).

Jury report:
Excellent work of narration of lives and places still in time. A rare visual experience of man’s connection with nature; an experience many of us long for and with its rare beauty is a feast for our eyes. It is a story undisturbed, but one made complete by the long silences that accompany the images and the brilliant photography. 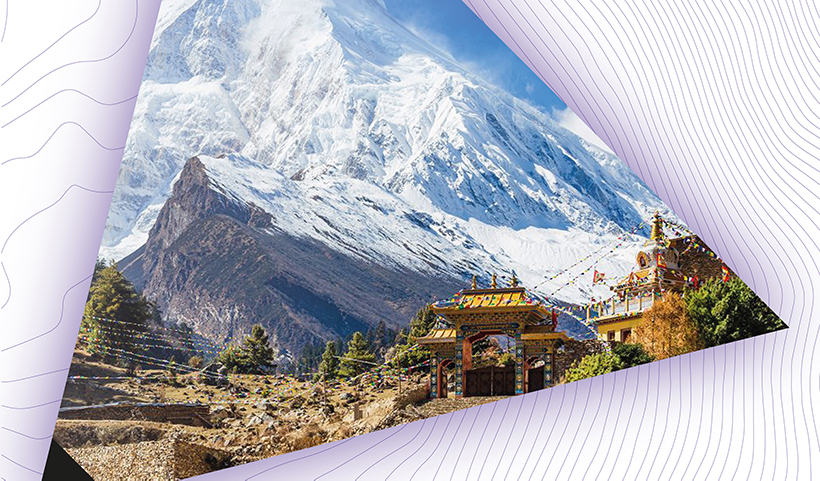 The Best Mountaineering Film Award is a new category in 2019. This prize, for the best mountaineering film, was initiated by Hans Lanters, founder of Klimwandspecialist (specialist in climbing walls) and one of the Netherlands best known climbers. In the absence of Gerald Salmina, the award was presented to his two daughters, Mona and Mara Salmina.

Jury report:
For current generations of climbing enthusiasts, the great names of 20th century mountaineering have become blurred by the passing of time. How many of today’s millenials will have even heard of Hans Kammerlander, the accomplished climber and mountaineer from South Tyrol? Manaslu – Berg der Seelen is an autobiographical documentary that tells story of Kammerlander’s life as a mountaineer living on the extreme seen through his own eyes in which he opens up about his own feelings and experiences. The production paints a formidable picture of someone with a distinguished and venerable career behind him, yet who does not shy away from articulating his doubts, his disappointments and his miscalculations.
There are (auto)biographical films about mountaineers aplenty, yet Manaslu – Berg der Seelen stands head and shoulders above the rest. This is thanks to the overpowering narrative which weaves imaginatively in and out of Kammerlander’s life in a series of film passages. Additionally, the film succeeds in tackling the major obstacle confronted by most (auto)biographical depictions, namely, that authentic (and suitable) images are almost invariably in short supply. Manaslu – Berg der Seelen solves this conundrum by introducing important events in Kammerlander’s life at regular intervals as re-enactments. These re-enactments appear highly original, are extremely effective and ensure that the documentary style does not set the dominant tone. What’s more, it enables viewers to become absorbed even more in the life of Kammerlander.
The film is carefully orchestrated as well as technically outstanding. The story line requires no detailed understanding and appeals to the human emotion. For that reason the production is undoubtedly suitable for screening in mainstream cinemas.
At 62, Kammerlander looks back on his life. He has achieved success climbing the very highest mountains, set records in the process, and also made several attempts on the faces of hitherto unknown mountains in remote corners of the earth. How long does he intend to play this game of self-fulfilment and suppressed competition? Many of his comrades are no longer with us, having fallen prey to inescapable danger, unnecessary risk-taking or sheer bad luck. This retrospective on his life as a climber takes him back to where it once began: as a child, without inhibition, worry and responsibility. After all those years, Kammerlander has finally found the answers. It is a grand and tender gesture which this film conveys to the viewer. It penetrates deep into the soul of a mountaineer and provides a personal answer to the time-honoured question: why do we climb mountains? It is because of this personal anthology that Manaslu – Berg der Seelen singles itself out from other productions. It is quite justifiably winner of the 2019 DMFF – Best Mountaineering Award.