During the Awards Show at the 11th Dutch Mountain Film Festival on 4 November 2022, the winners of the five DMFF Awards were announced: 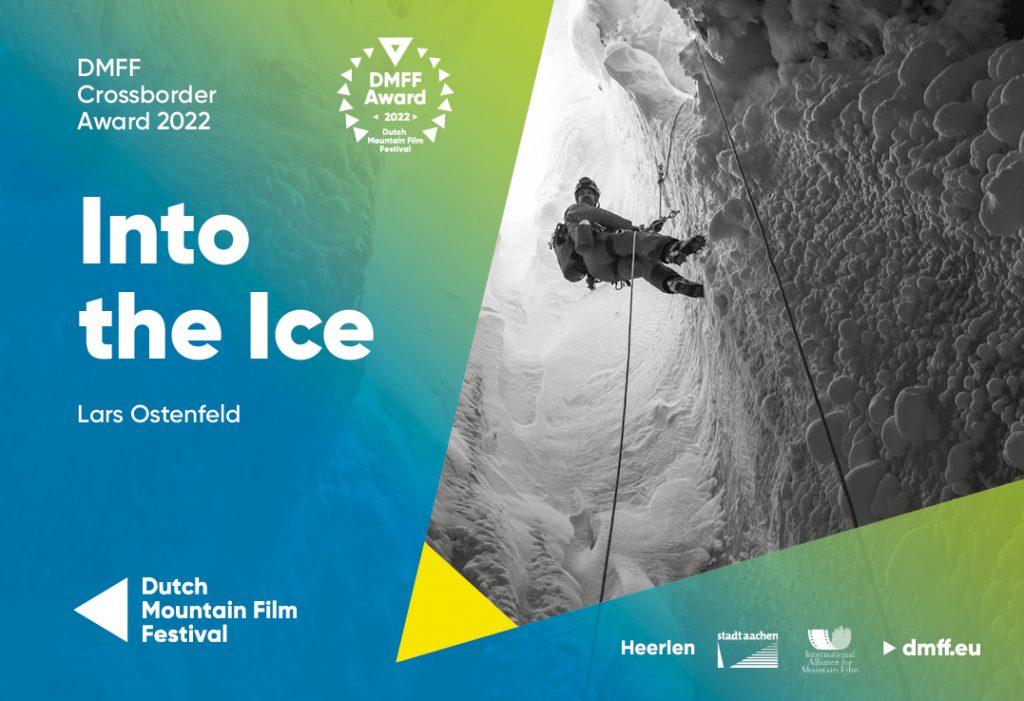 Into the Ice – Lars Ostenfeld

Amidst the mesmerizing scenery of the frozen inside of the earth, we follow the Arctic scientist Alan Hubbard on his mission to discover the unknowns on the melting of the Greenland ice sheet. Although research on glacier melting has been going on for decades, our knowledge of the interaction between water and ice deep down inside glaciers is still incomplete. To acquire these essential data, Hubbard has to get down 180 meters into a hole, climbing his way back to the battering sun. Rather than being a report of a scientific expedition, Into the ice is a breathtaking story on passion and thrill-seeking joy, on conviction, courage and sacrifice – of loyalty to the man who brought him into the ice. Danish documentary filmmaker Lars Ostenfeld delivered with his first feature length film not only a dramatic story in awesome images, it’s also an important document in saving a habitable planet.

The DMFF Crossborder Award is sponsored by the the cities of Heerlen and Aachen. 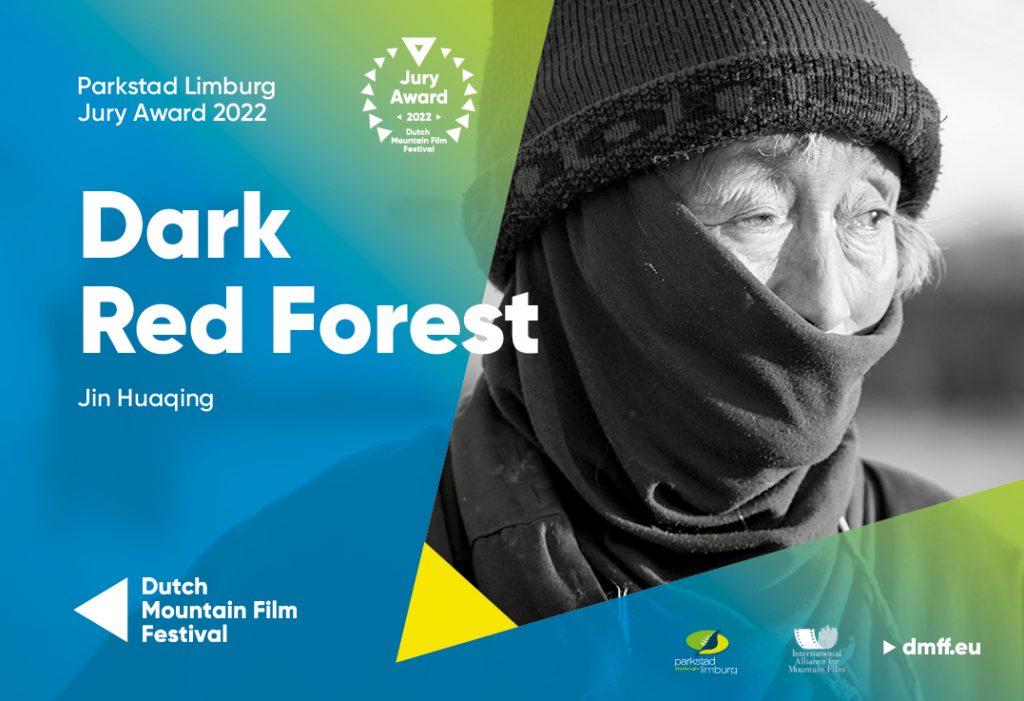 In spite of the fact that Dark Red Forest it is a Chinese production about a Tibetan subject, the jury commends the filmmaker for a remarkably sensitive film about a few thousand Tibetan Buddhist nuns. We see them on the path to enlightenment, undergoing months-long retreats, confining themselves to utter hardship, living in wooden boxes hardly larger than their bodies. The film brings us close to sensorial and mental privations, illness and death, as the women persevere in their mission. Instead of depicting an exotic spirituality, Dark Red Forest brings us close to the dedication and struggles of these Tibetan women on their spiritual path. 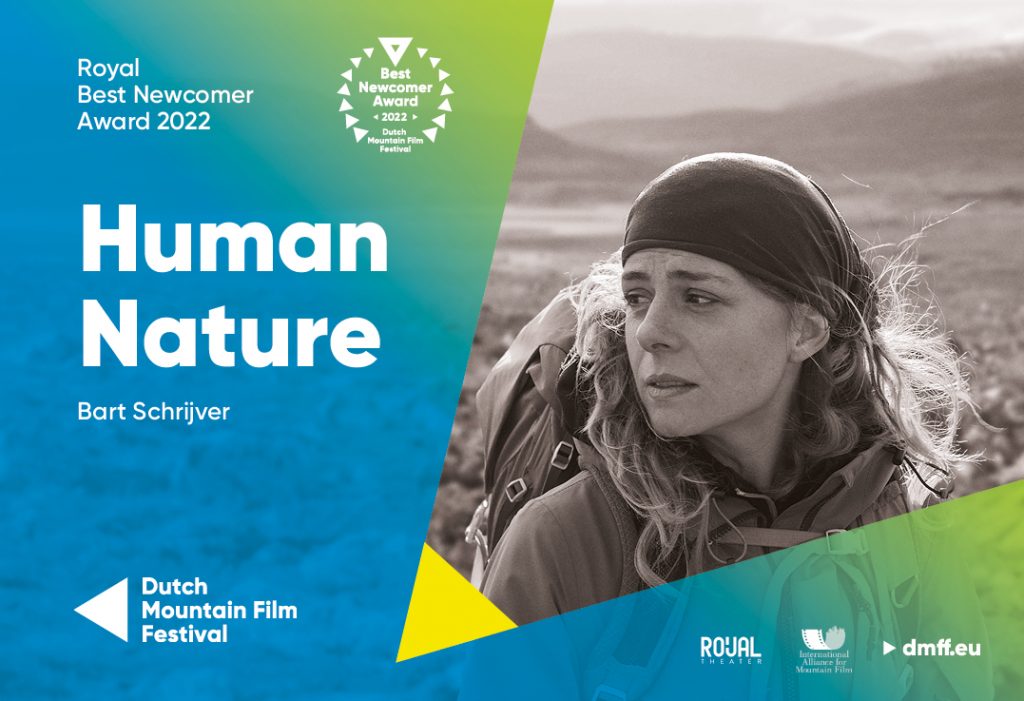 In Human Nature, the young Dutch Sophie backs down from starting her first 9-5 job and decides to first make a 500 km long hike through arctic Norway, alone. We witness how Sophie struggles to make her way through the barren tundra landscape, which seems to reflect her introvert, melancholic character. Even in that great emptiness, it is not so easy to really be by herself, and the occasional acquaintance with soulmates is comforting.

The viewers who are not afraid of a bit of slow cinema will be rewarded by the beautiful nature scenes, but also by the acting of Jamie Bouwmeester in the role of Sophie. The jury of the DMFF 2022 gives the Royal Best Newcomer Award to Human Nature of filmmaker Bart Schrijver. 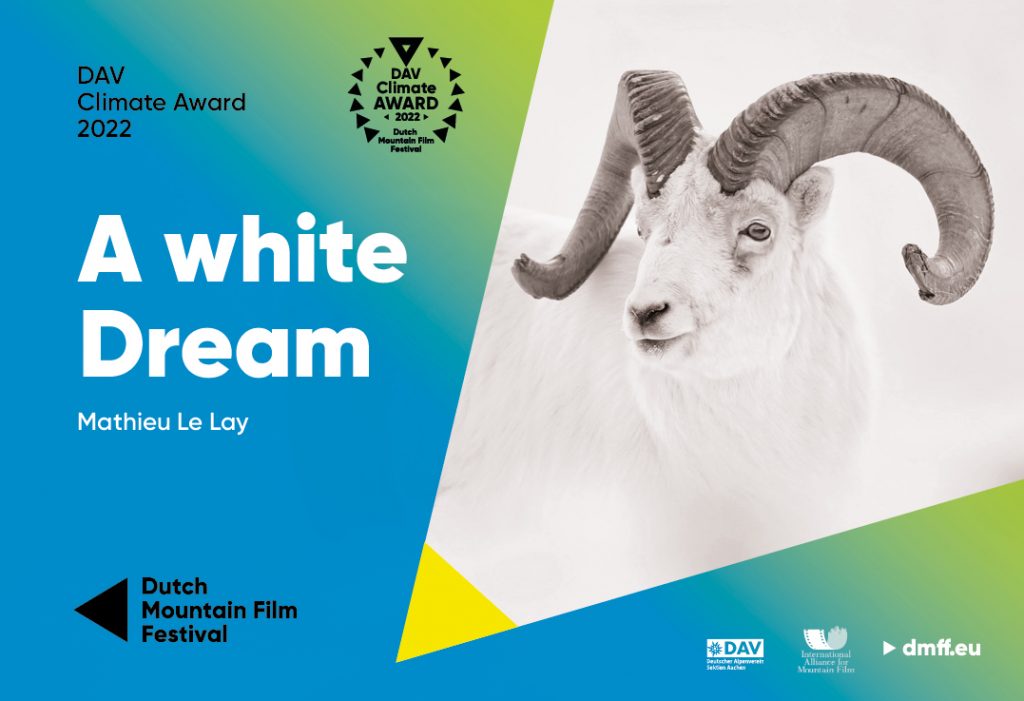 In A white dream wildlife photographer Jérémie Villet embarks on an expedition to picture the very shy mountain goat, high in the harsh white world of the Yukon mountains in wintertime. To accomplish this goal, he has to make himself ‘disappear’. This movie not only takes us on a trip of great beauty, but also treats the existential question of where humans position themselves in nature. Can we step down from our self-erected pedestal? In order to survive as a species, we need to reduce our CO2 emissions, try to save the glaciers. In short: we have to make ourselves smaller. Jérémie’s sensitivity and perseverance can inspire us to do just that. 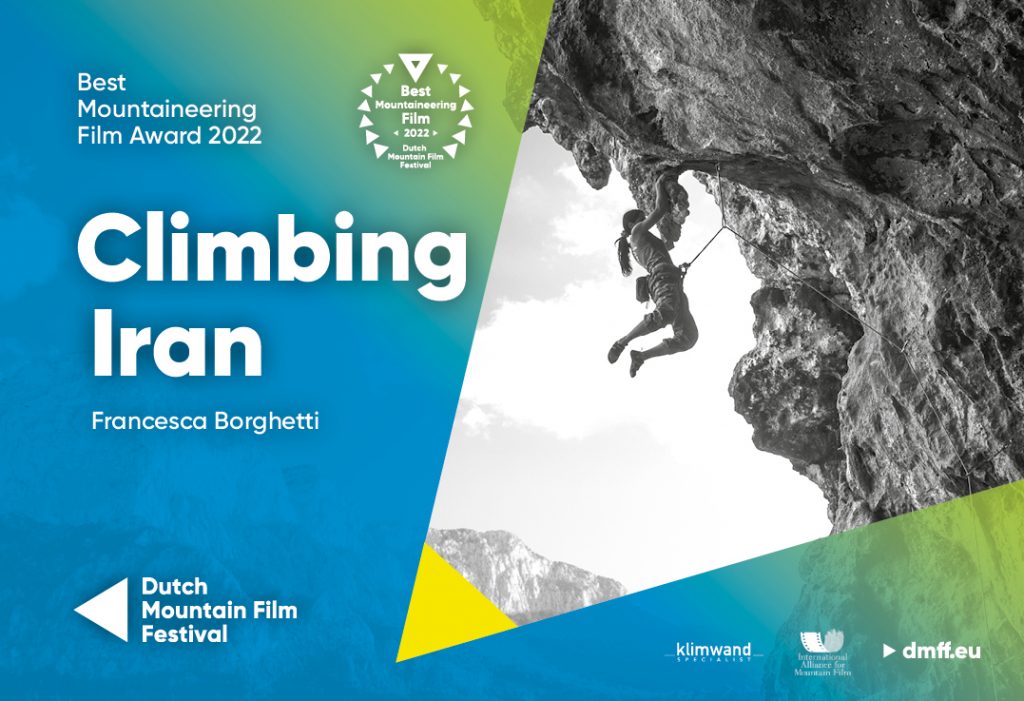 Nasim Eshqi has a strong pair of hands which are adorned with bright pink nail varnish. She is the pioneer of outdoor climbing in Iran, where women are only allowed to train on indoor walls, at fixed times and only in the company of other women. Nasim decided to go one step further and break through the barriers which have been imposed on women in her country. She does this by opening up new climbing routes on hitherto unclimbed rock faces in Iran. She also urges fellow young women to become active on indoor and outdoor walls and to learn how to climb and to find their independence. Nasim’s biggest dream is to climb in the Alps and to open up new and challenging routes on rock faces which have so far been unscaled.

The Italian director Francesca Borghetti followed Nasim Eshqi through the years of the Covid-19 crisis and her film images paint an honest portrait of a passionate woman who shows that even in a strictly culturally regulated country such as Iran, climbing in the outdoors can act as a source of challenge, escape and inspiration. Climbing Iran has been awarded with the Best Mountaineering Film Award not only for its cinematic narrative, but also because the jury and the DMFF organisation wish to demonstrate their solidarity with the women of Iran.