DMFF #11 kicks off in style

The alphorn players had installed themselves underneath the Ponttor, Aachen’s historic gateway, where they entertained a large crowd that had gathered to hear the quintessential sound of the mountains.

Earlier in the afternoon, the festive opening of the Mapping the Mountains exhibition took place in Tuchwerk, a former textile mill on the outskirts of the city. It was here too that the first copy of the German-language guide to the Dutch Mountain Trail and the Seven Summits was presented. After the opening, a select band of walkers trekked over the Lousberg to the Apollo Kino in downtown Aachen, taking a breather along the way to enjoy the dulcet tones emanating from underneath the city’s historic gateway.

Amongst the fearless band of walkers was Nathaniel Manninger, director of the film The Porter, the untold story at Everest, the festival’s opening film, which was screened to an enraptured audience in the Apollo Kino. Needless to say, we took full advantage of his presence to ask him about the film, which gives a disquieting insight into the life of Sherpas in the Mount Everest region. The film is also being screened next Sunday at the Royal Theatre in Heerlen.

Meanwhile, at the same time in Café Pelt in Heerlen, the first ever Mountain Pub Quiz was being held! Some of the more obscure questions involved guessing the length of a piece of climbing rope, identifying the North Face of Everest, and naming the singer of the iconic ballad, The Manchester Rambler.
All in all, a great start to the festival! Are you going to show your face at the DMFF these coming days?

See you out there! 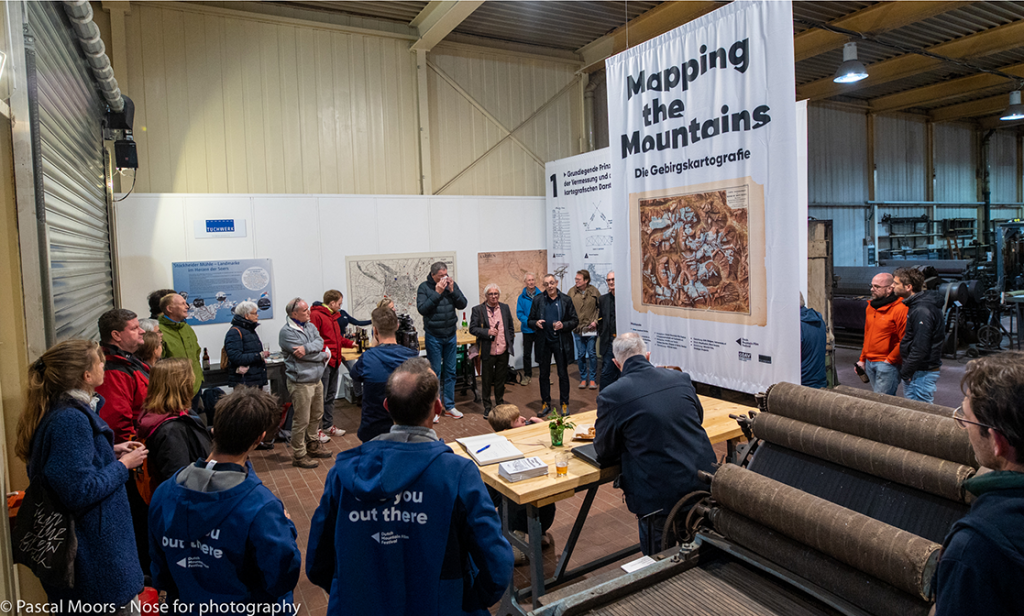 Opening of the Mapping the Mountains exhibition in Tuchwerk, Aachen. Photography Pascal Moors - Nose for Photography 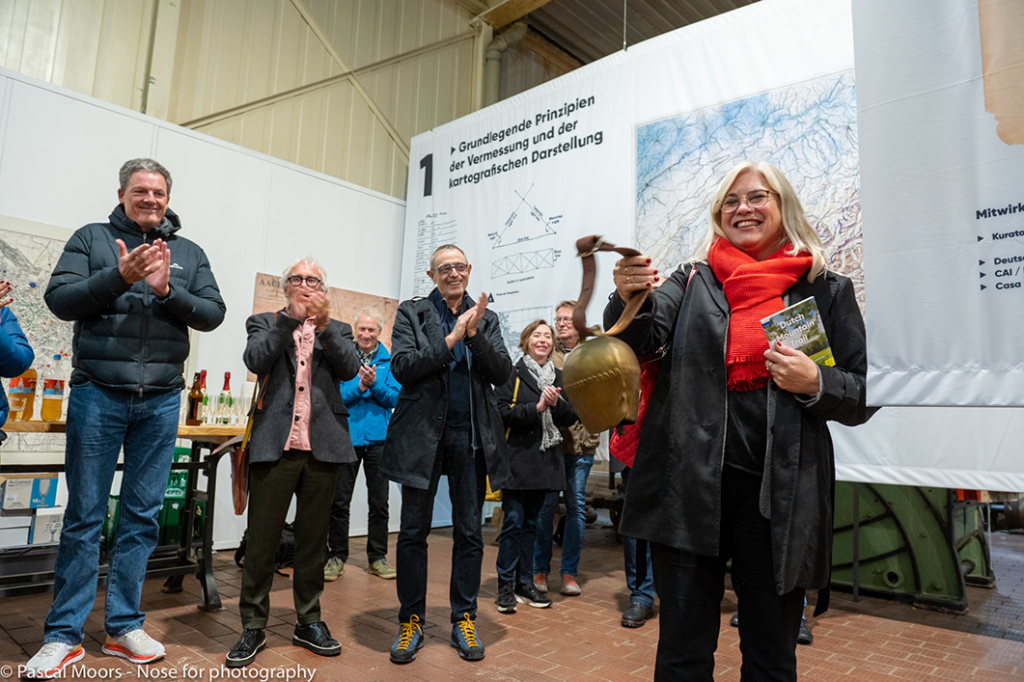 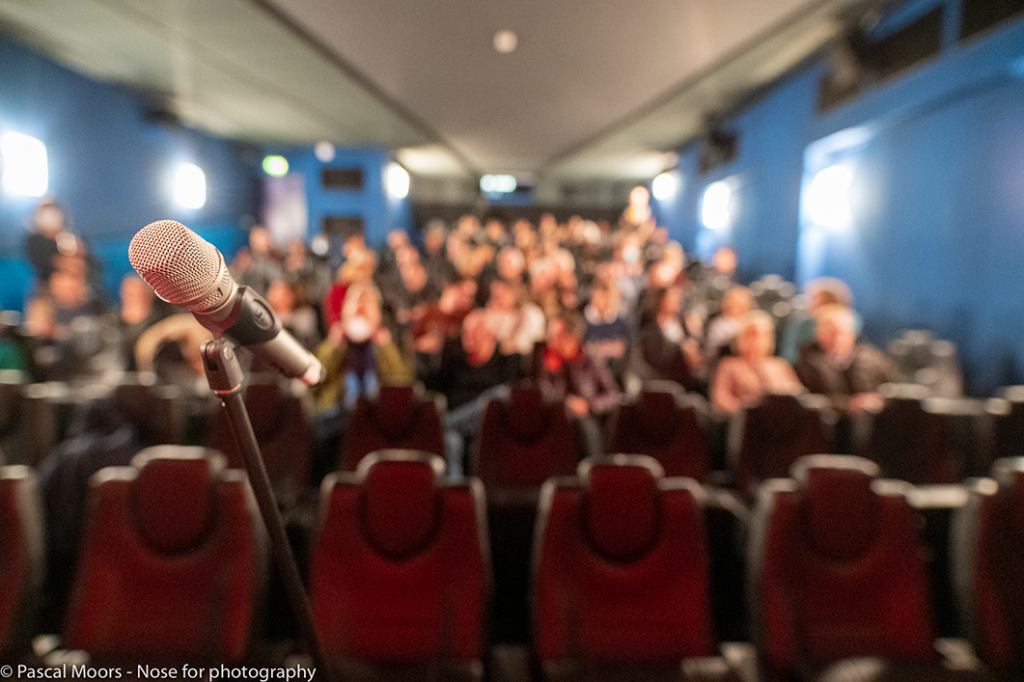 Opening film in the Apollo Kino