During the Online Awards Show at the 10th Dutch Mountain Film Festival on 6 November 2020, the winners of the four DMFF Awards were announced: 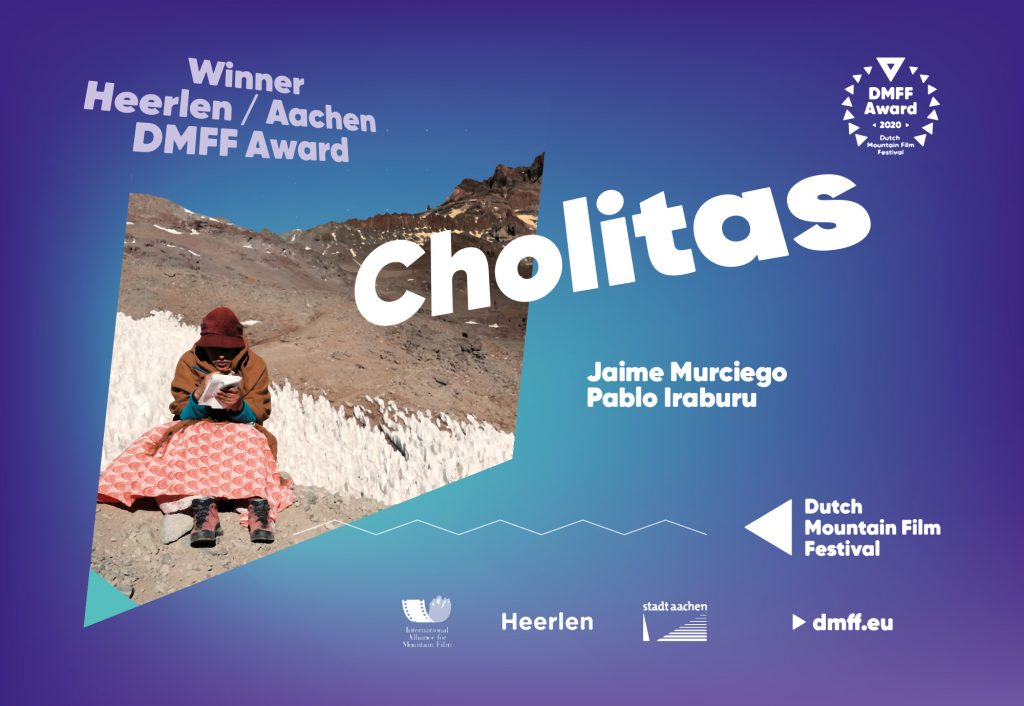 Festival prize winning films are always greatly contested and this year’s selection proved no different. The Jury, coming with a wide range of observations, thoughts and opinions about production style, story, cinematography, editorial ethics, the state of the world and powerful messages to bring change, certainly debated long and hard. The filmmakers’ art is complex and the layering of the aesthetic, the immediacy of the subject, the power to immerse the audience in story and those craft skills of directing, camera, sound and editing all played their part in making our decisions. But maybe the most important thing was that the film had to engage from start to finish.

There were two films that the jury felt stood out in terms of the overall strength of their story-telling, characters and a level of engagement that kept you hooked within the film for the duration. We found ourselves willing the subjects on to their goals where success was hard to win. I can safely say that those two productions split the jury and so we would like to give a Jury Special Mention to a film full of raw power, tense relationships, epic scale, frightful conditions and the dangers faced at extreme altitudes. A winter attempt on K2 IS going to be epic and Dariusz Zaluski’s ‘The Last Mountain’ captures, in a very real way, just what it is like for a team, with all its in-built tensions’, to pit themselves against such a mighty mountain.

However, the jury felt that the film worthy of the Grand Prize brought with it a beautifully engaging insight into the lives of the five protagonists who set out on a journey to alter perception and attitude while showing a sense of discovery and passion for the mountains. It was a classic ‘fish out of water’ story that we could all relate to. The narrative arc was clear. The emotion was beautifully captured as the character’s realised their limits and simply put, we were ALL able to develop an affinity towards these charming ladies and their lives. Ladies that chat and laugh about the possibility of not coming back from their mountain while knitting and then head off with humility, a sense of togetherness and spirit had us charmed from start to finish. To some, this team of Elena, Dora, Cicilia, Liita and Lidia may have been the turtle, but as they said themselves, they certainly arrive safely.

The DMFF Award is sponsored by the the cities of Heerlen and Aachen. 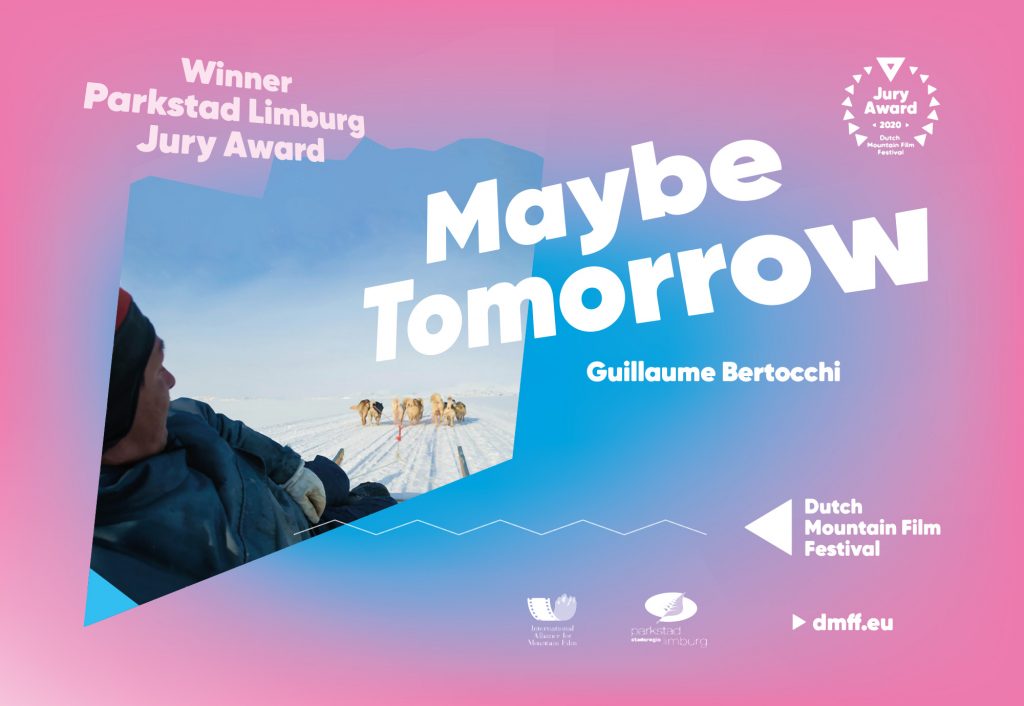 Climate change affects us all. Especially in the mountains and the arctic area, the adverse effects are visible and tangible. And that certainly applies to the local population of the archipelagos in northwestern Greenland.

This film is about a skiing expedition in Greenland, but above all shows in a penetrating/an impressive way how climate change affects local life there.
In the archipelagos people literally live on the border of water and ice. During the day the ice melts, and later in the day it forms again. However, the sea currents make it unpredictable how this process will proceed. The main source of livelihood, hunting with a boat or with sled huskies, is therefore becoming an ever greater challenge. At the end of winter, conditions can vary hourly. That makes it difficult to plan. The outcome is therefore not often ‘yes’ or ‘no’. But rather: ‘maybe’. Or as they say: Imaqa aqagu (maybe tomorrow). This film is a nice/clever compilation of the expedition, an impression of the local life and impressive conversations with the local population. The images of the majestic landscape in Greenland are beautiful. And when you realize that the filming was done in temperatures well below zero Celsius, and without a camera crew, the result is an extraordinary/a special achievement.
The lesson of this film is to live in reciprocity with nature, and constantly adapt to it. As the filmmaker concludes: to move forward without fear, just like the Inuits. 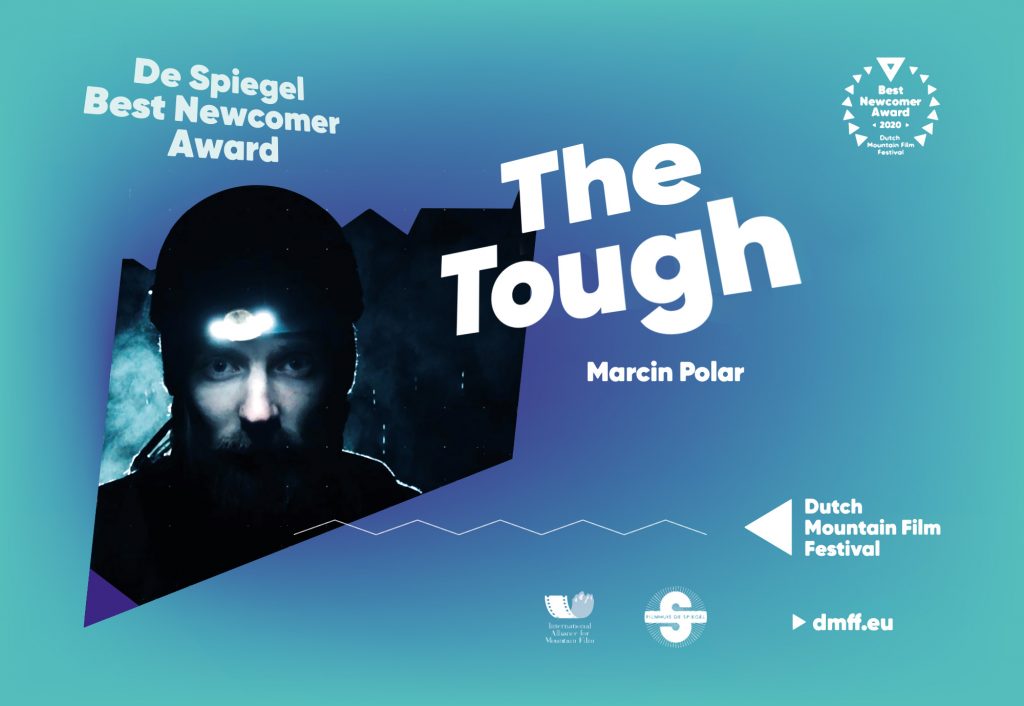 Film making means decision making. This careful art of selecting how to film, and in which way the captured shots put together form an immersive experience for the viewer is a constant battle with your mind. In the beginning it is often about simply trying out what works best and meanwhile finding out which darlings need to be killed along the process.

By putting the audience literally inside the deepest part of a mountain, we felt totally absorbed by the film. It felt like we, as a jury, were literally sucked down into this unknown baren place. Combined with beautifully captured calmness of aerial cinematography of the surroundings. The filmmaker created a mix of rough adventure, and the well known mindful presence, while building up camp in an unknown location, in this case inside a mountain. We as a jury felt we were literally part of this adventure and want to see more of this in the future. Therefore we decided to give the best newcomer award to Marcin Polar and his inspiring journey named “The Tough” 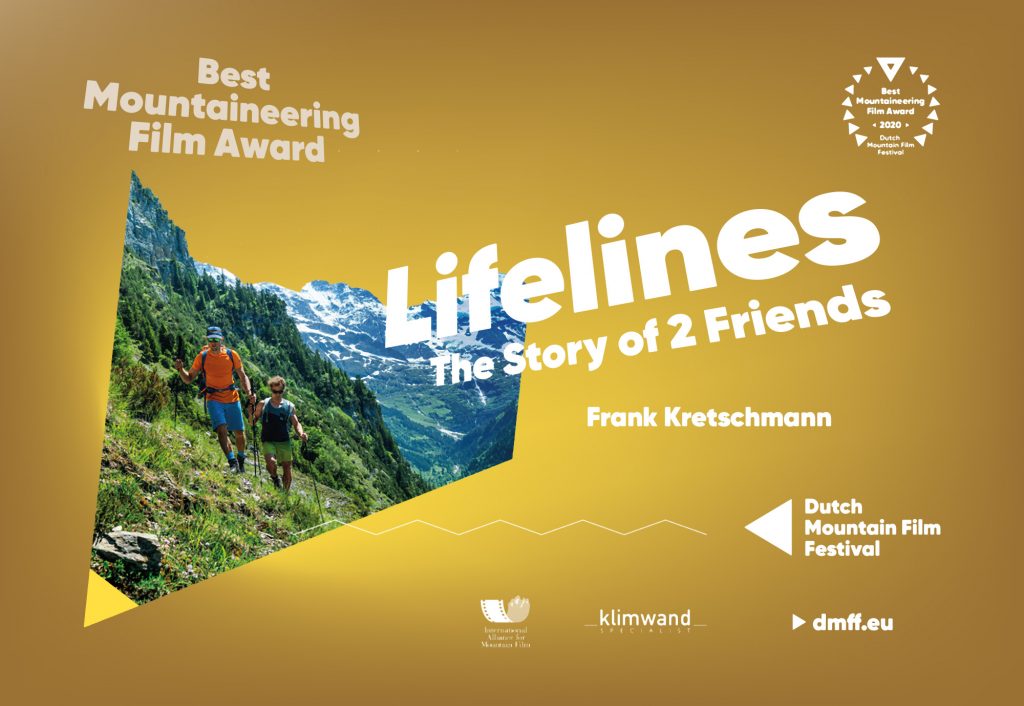 Roger Schäli and Stefan Siegrist are professional climbers from Switzerland. They are world-famous on account of the various new routes they charted on the infamous north face of the Eiger. But they also conquered routes further afield in the Indian Himalayas and in Patagonia, the southernmost tip of South America.
Roger and Stefan’s paths first crossed when they were teenagers and they became close friends. Early in this friendship, they shared an apartment which was the starting point for many climbing adventures. After each climb they would hold a suitable “party”. However, over 20 years ago their lives drifted apart. Stefan settled down into a humdrum middle- class existence, whilst Roger remained the free-and-easy, no-strings-attached adventurer travelling the world in his mini-bus.

Lifelines – The Story of 2 Friends tells the story of their first climb of the Rotbrätt overhang on the Jungfrau, the Eiger’s next-door neighbour. The shots of the climb and, in particular, the various attempts to free climb the entire route alternate with scenes looking back over the course of their lives. This scenario structure is often used in mountaineering and climbing documentaries, challenging the filmmaker to find a proper balance between the action shots of the climb on the one hand, and revealing their underlying story on the other. In Frank Kretschmann, the director, the action scenes have been put in good hands, with stunning footage incorporating excellent colour balance and (of course) the inescapable drone shots, resulting in some powerful imagery. This is a true professional working in his element, just one of the three arguments for nominating this film as winner.
For the other two arguments, we look no further than the story of Roger and Stefan’s friendship. Theirs is a story which tells much more than difficult boulder moves and spectacular drone shots. “Friendship between climbers” is a key theme that is often repeated in film productions. When it comes to adequately developing characters however, directors tend to struggle. Lifelines – The Story of 2 Friends is no different in this respect and fails to find the right balance. The film is dominated by scenes of their intrepid efforts on the rock face, but their stories remain superficial. Nevertheless, a serious attempt has been made to engage the viewer in the lives of the two friends and it is that provides us with the second argument for nominating this production as award winner.
The third argument to designate first prize to Lifelines – The Story of 2 Friends is in its incentivisation to spur on other directors of mountaineering and climbing films to explore more deeply and extensively this theme of friendship.
The DMFF “Best Mountaineering Film Award 2020” is expectantly looking forward to seeing new submissions for the next festival. 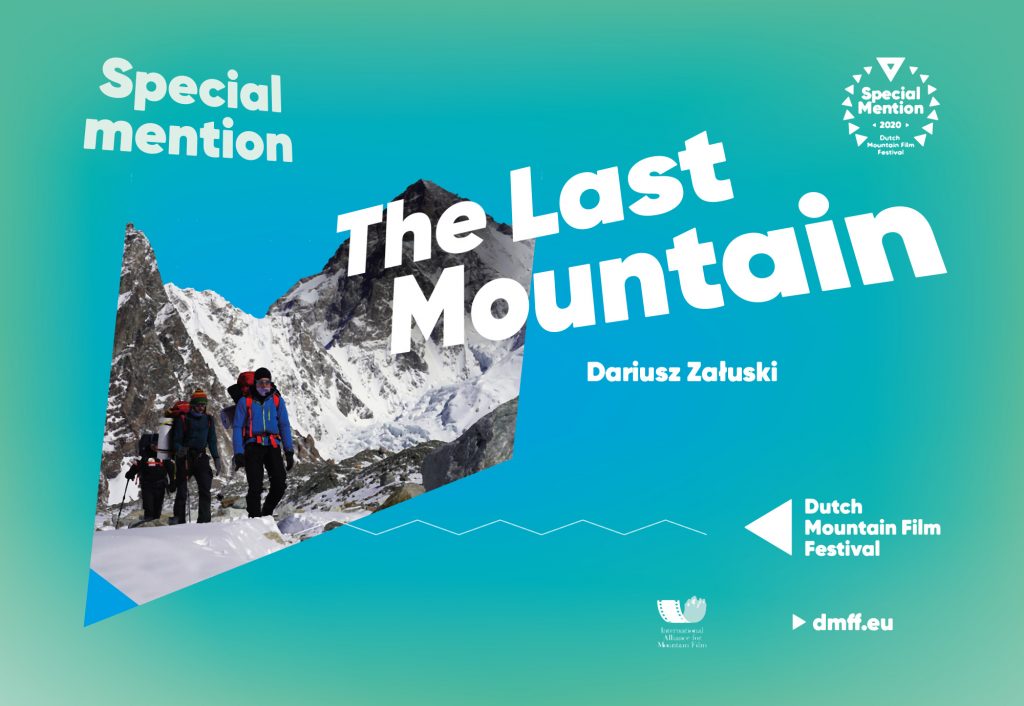