If you want to escape the urban surroundings and have an afternoon or even a day to spare, why not try one of these destinations to get a taste of the region’s recreational, natural and cultural heritage:

The Wilheminaberg (4 kilometres from Heerlen)

Created by the removal of waste material from the Wilhemina mine, this mound was once the largest spoil tip in the Netherlands with a surface area of approx. 33 hectares and a volume of 36 million tons. The whole area has now been transformed into a nature park and recreational zone. To reach the top of the Wilhelminaberg, take the 250-metre-long flight of steps (over 500 in all) to the viewing platform where you will be richly rewarded with a 360-degree panorama of the region and beyond (see Seven Summits). On its flanks is one of the the largest indoor ski centres in Europe. In the summer why not try the climbing park with its extensive network of climbing circuits, zip lines and summer toboggan run? 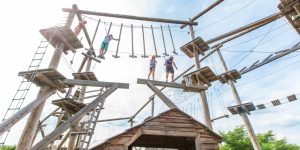 Located in the neighbouring municipality of Kerkrade, the 900-year-old Abbey of Rolduc sits on the border with Germany. The Romanesque-style abbey church was constructed within the space of 100 years after its founding and so retains a uniform appearance throughout. The oldest part of the church is the stone crypt, completed in 1108, which was predated by a wooden one started in 1104 by Ailbertus, the founder of the Rolduc community.
Over the centuries the abbey expanded. The coal located under its lands brought about great wealth and renown. However, the monastic community was dissolved overnight in 1796 when French troops invaded the region. Nowadays the complex functions primarily as a hotel and conference centre. It’s possible to stay overnight in an Augustinian dormitory and imbibe its Abdijbier brewed on site along with a stylish meal in its brasserie.
Not to be missed is its superb Rococo library. 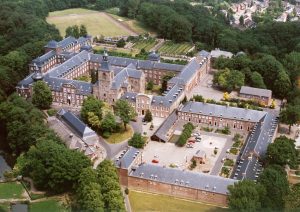 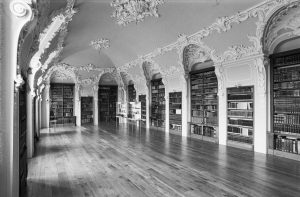 Neutral Moresnet was a small independent state that existed from 1816 to 1920 and was jointly administered by Belgium and the Kingdom of Prussia. The country occupied a sliver of land (3.5km2) whose northernmost point at Vaalserberg connected it to a ‘quadripoint’ shared by the Netherlands, Germany and Belgium, today known as Drielandenpunt. It became a semi-sovereign state at the end of the Napoleonic Wars when diplomats negotiating its status could not decide on its future status. This remained the case until it was resolved by the Treaty of Versailles in 1919 and it was allocated to Belgium.
The unassuming village of Kelmis, located between the Eifel and the Ardennes, therefore became the capital of a territory in its own right. It had a zinc mine, its own postal service and an official language that almost became Esperanto. Needless to say, it also had its fair share of smuggling!
A small museum in Kelmis , the Göhltalmuseum (French: Musée de la Vallée de la Gueule), tells the history of this geographical and historical quirk. You can also trek up to Drielandenpunt (formerly Vierlandenpunt) and look out for the old border stones on the way: 50 out of the original 60 are still standing today. 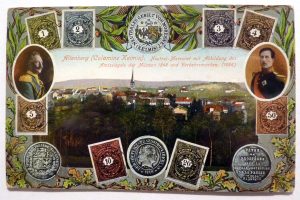 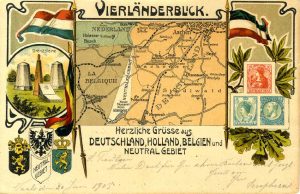 The Voeren/Fourons district is deceptively similar to Zuid-Limburg, but with one major difference: it’s in Belgium. You can tell from the bilingual road signs: even though Voeren/Fourons is an exclave of Flanders wedged in between Zuid-Limburg in the Netherlands and the Province de Liège in Wallonia, it has two working languages. It’s hard to imagine that battle lines were drawn here between the Flemish and French language activists in the 1970s, but things have quietened down considerably since. The nearest you get to belligerence these days is French or Flemish names being painted over on road signs.
The unspoilt Voeren/Fourons district has not suffered from the same visitor flows as Zuid-Limburg, a region more dependent on tourism for its economy, so walking its leafy byways and stopping off at one of its wayside pubs for lunch can be a much more sedate and tranquil experience.
Close by in the French-speaking Pays de Herves is the medieval monastery of Val Dieu, which likewise produces its own beer, and the bustling market town of Aubel. 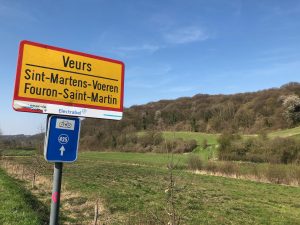 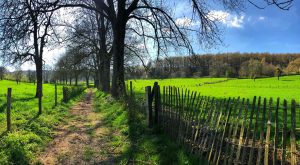 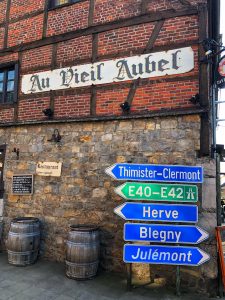 The most scenic railway line in these whereabouts is undoubtedly the one running through the delightful Rur valley in the Eifel. Jump on the Cologne-bound train at Aachen Hauptbahnhof and change at Düren for the 20-kilometre ride by diesel to the terminus at Heimbach, deep in the Eifel.
There is a regular weekday shuttle along the valley serving local communities, but more frequent trains run at the weekend with a free bike-carrying service. There is an extensive network of trails managed by the Eifelverein between stations on the line. Standing sentinel above the valley at the halfway point are the ruins of Nideggen castle, built on the sandstone escarpment that runs along the valley’s eastern edge, making it excellent climbing country. Meanwhile, the more demure amongst you might want to paddle down the river in a kayak. 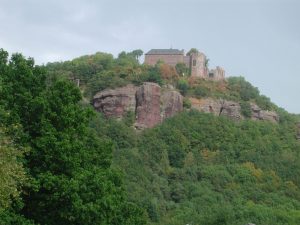