An echo is an acoustic phenomenon whereby sounds waves coming from a source rebound off an object and are then returned to the source. Depending on the speed of the sound propagated through a medium (usually air), there will be a time difference between the sound that was emitted by the sources and its echo. The theme that has been chosen for the twelfth edition of the Dutch Mountain Film Festival is ECHO. This poetic theme provides a number starting points for this year’s programme.

The voice of the mountains

Although echo chambers can be found in structures built by humans such as the whispering galleries in St Paul’s cathedral in London and the Gol Gumbaz temple in Bijapur, echoes can primarily be heard in the mountains. If you have ever heard your own voice reverberate against towering mountain crags, it’s hard not to feel yourself being immersed in the landscape and experience a sense of insignificance. Mountain dwellers are familiar with the characteristics of the echo and make use of it. For example, as in the films Riafn and Heimatklänge. Historically, mountains were ascribed human (or divine) attributes, the echo being the voice of the mountains. But even without their echo, we recognise the call of the mountains. German Schlager singer sang about the call of the mountains in ‘Hörst du La Montanara, die Bergen, sie rufen dich…’. Film directors too, have elaborated on this theme, such Luis Trenker in his 1938 film Der Berg ruft (or ‘The Mountain Calls’).

Click on the picture to make your own AlpineSounds!

The best acoustics in the mountains are indicated on maps and are even used for musical performances. Cirque de Gavarnie near Brêche de Roland in the Pyrenees is a place where operas no less are performed. Natural echo chambers can also be found in the Jura, for example the Sites Sonores, where performances also take place. And here, you can find a list of the best places for echoes in the Swiss Alps.

The best echoes can be heard when there is silence in the mountains. So the theme relates just as much to silence as it does to sound and music. The mountains too suffer from their own noise pollution: after all, when is it truly silent in the mountains? The silence of the mountains is often interrupted by the sound of cable cars, motorways, skiers and walkers with audio systems. Notwithstanding the light and sound pollution we have in our mountain foothills closer to home. For that reason, the town of Vaals has joined the Cittaslow network, an initiative that aims to monitor and enhance the quality of the living environment. 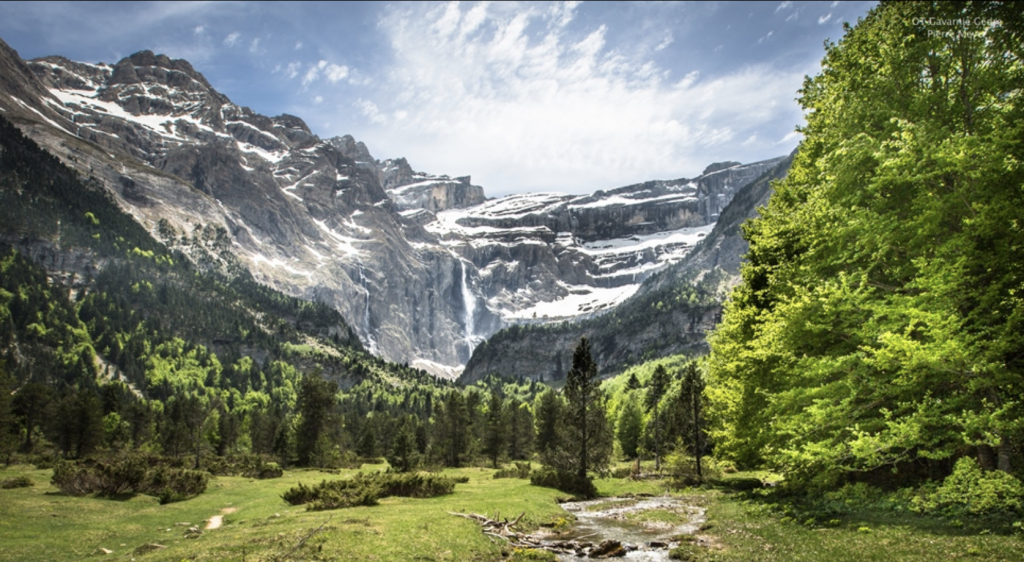 Our aim is to tackle the theme from a figurative perspective. For example, the reaction of nature to human activity in general. It can sometimes take a while before the ‘echo’ of human interference reverberates. The devastating floods of summer 2021 were caused in part by deforestation, land consolidation and the damming of streams and rivers. The climate crisis is an echo of years of overexploitation and unrestrained economic growth. But there are positive echoes too: the conscious planting of trees, the greening of cities and the reintroduction of animals are helping to restore nature.

Echoes from the past

Echoes can also expose things from the past which may help throw new light on events that occurred long ago. Rolls of undeveloped film, long lost journals or bones that a glacier has regurgitated (as has happened several times in the dry summer of 2022), have often helped rewrite mountaineering history. Sadly, fake news also exists in mountaineering and too many films have helped reinforce lies, or even propagated them. In this sense, the echo can be translated by the phrase, no matter how fast a lie runs, the truth will someday overtake it.

If we are able to combine photos and films from the past with those from the present, we can make the echo reverberate in our programme.