The festival has been handing out the DMFF Awards every year since 2014. There are five prizes awarded for the best entries. These films undergo rigorous adjudication by an experienced jury.

The main prize is the Crossborder DMFF Award for the most artistic mountain film: this is rewarded with a cash sum of €1,500. The Best Newcomer Award is presented to the best debut mountain film and is worth €1,000. The Parkstad Limburg jury prize, worth €500, is handed out to the production which the jury feels, for a variety of reasons, should be brought to the attention of a wider public. A new award has been created for the 2021 festival: the DAV Climate Award (€1.000). The award-winning film must throw a critical light on climate change and/or the effects of environmental pollution in the mountains. The film will also present possible ways in which individuals or society might counteract these changes.

The jury for the film awards is made up of professionals working in the film industry, (arts) education, (alpine) journalism and/or mountaineering, each of whom has an affinity with mountains and cinematography. The jury consists of three persons who, one month prior to the festival, are tasked with making a selection from all the submissions. The films which are presented to the jury for appraisal are also screened during the festival.

Each of the winners receives a trophy: the Steinman, created by artist Leo Horbach.

In between
Rolf Steinmann 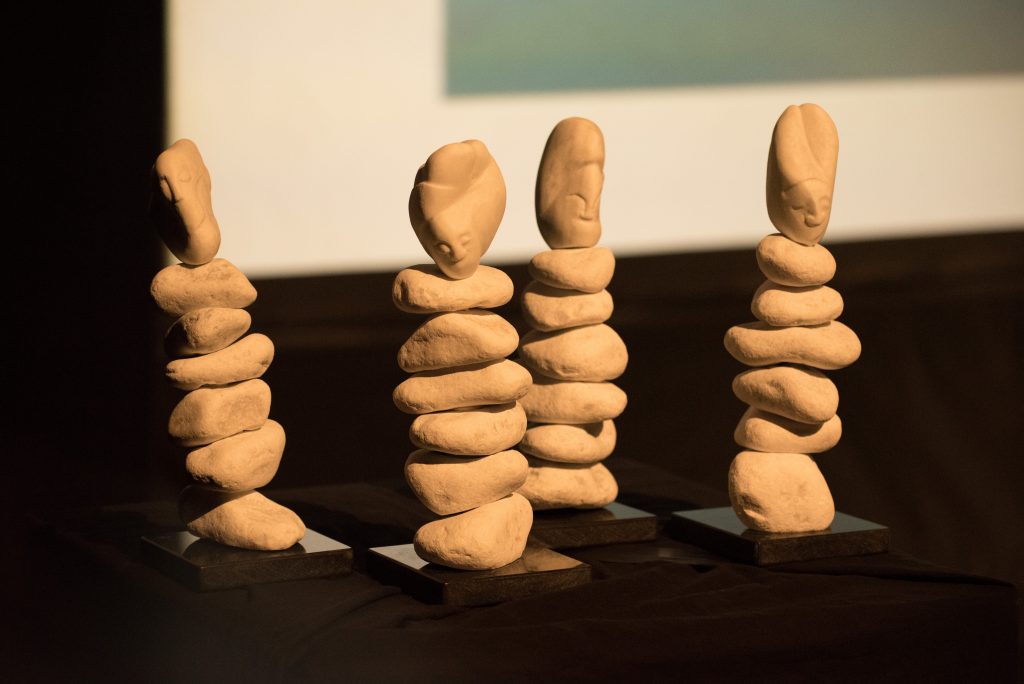